Memories of Rick Smith | Ever Loved 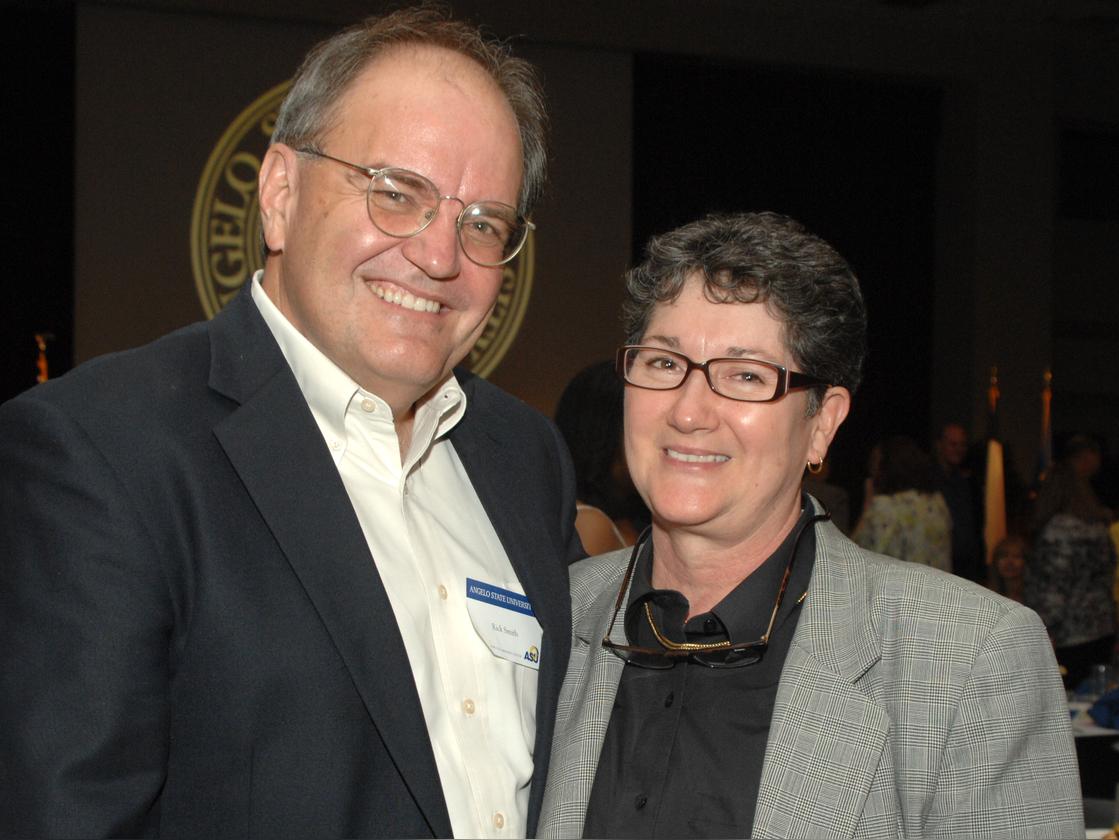 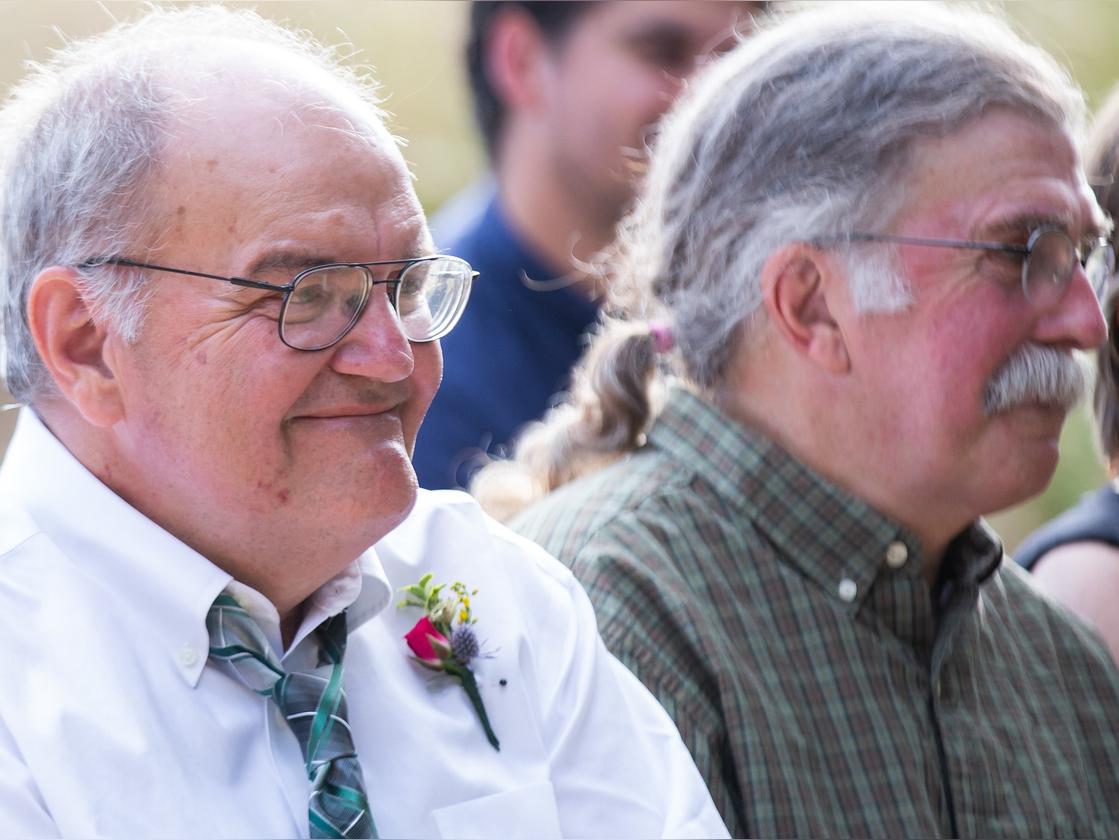 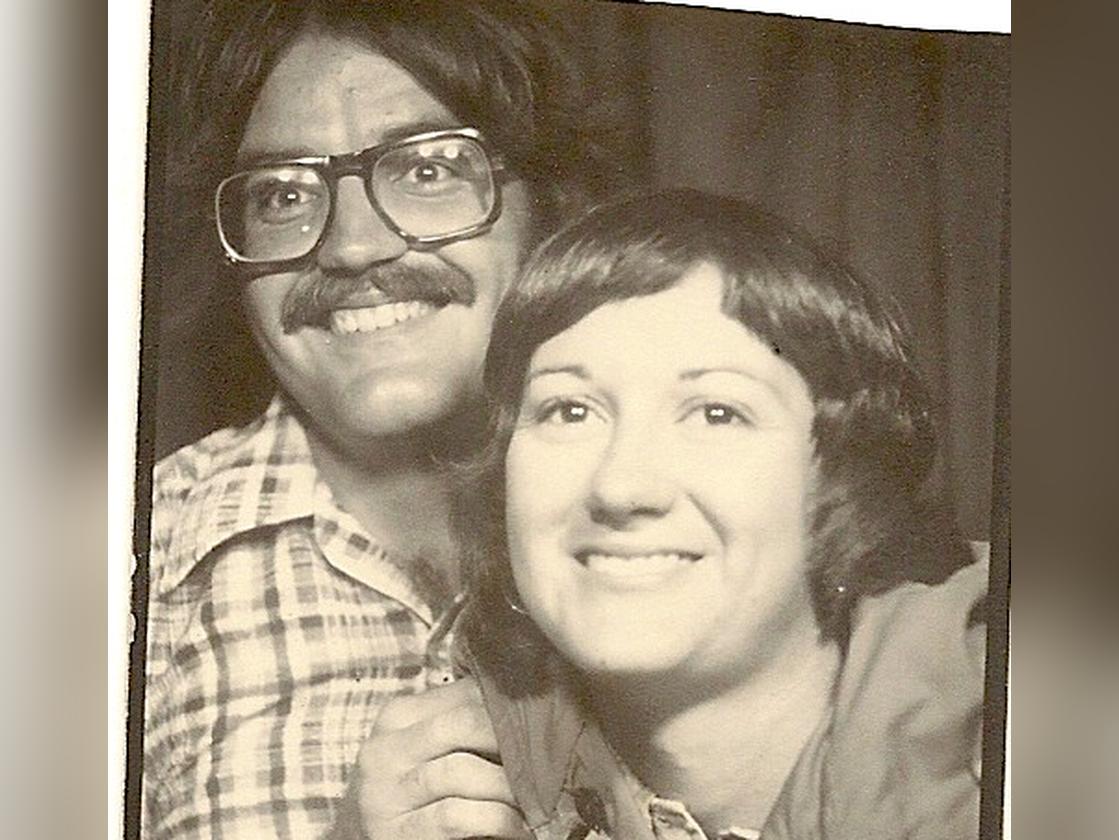 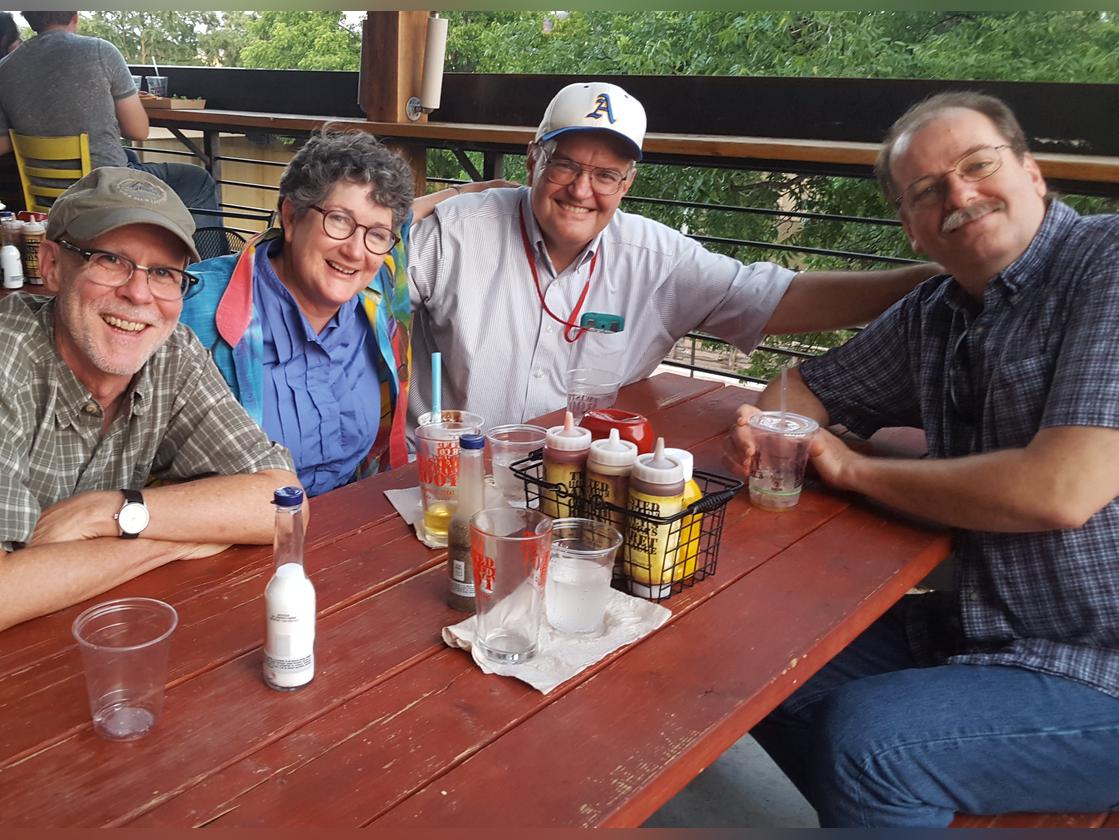 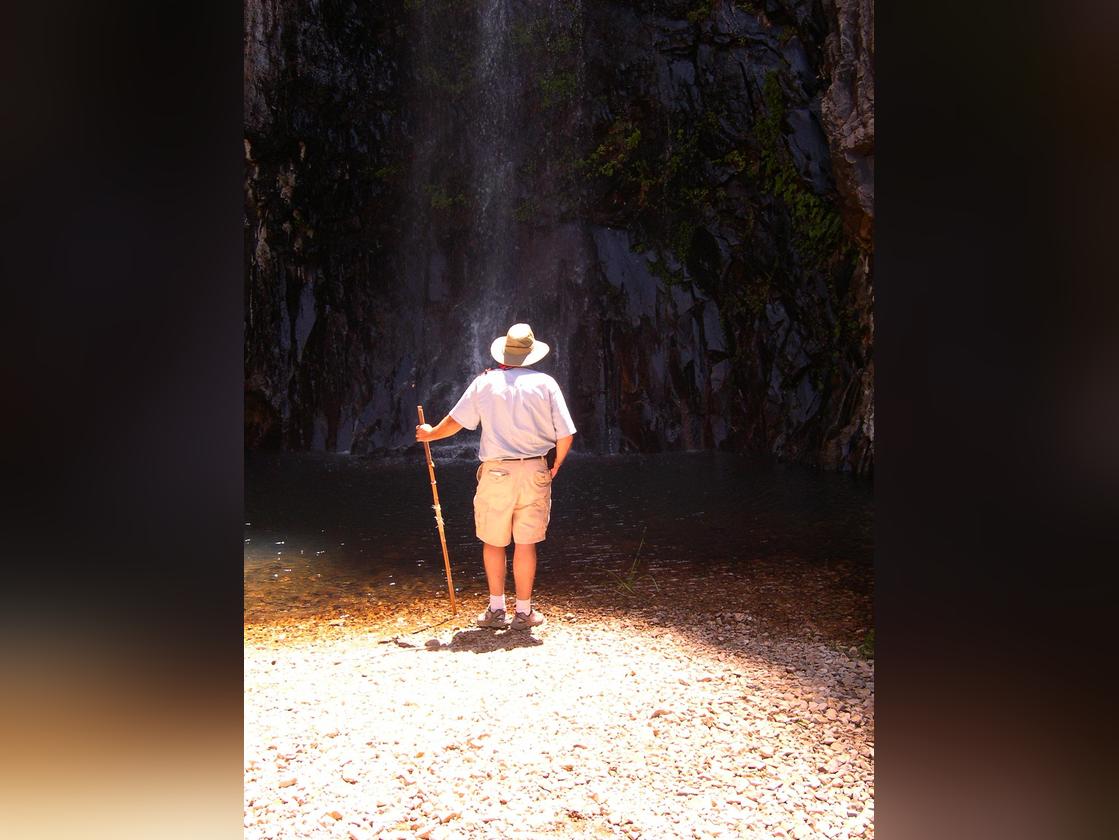 Who else knew Rick?

In memory of Rick Smith
Heart 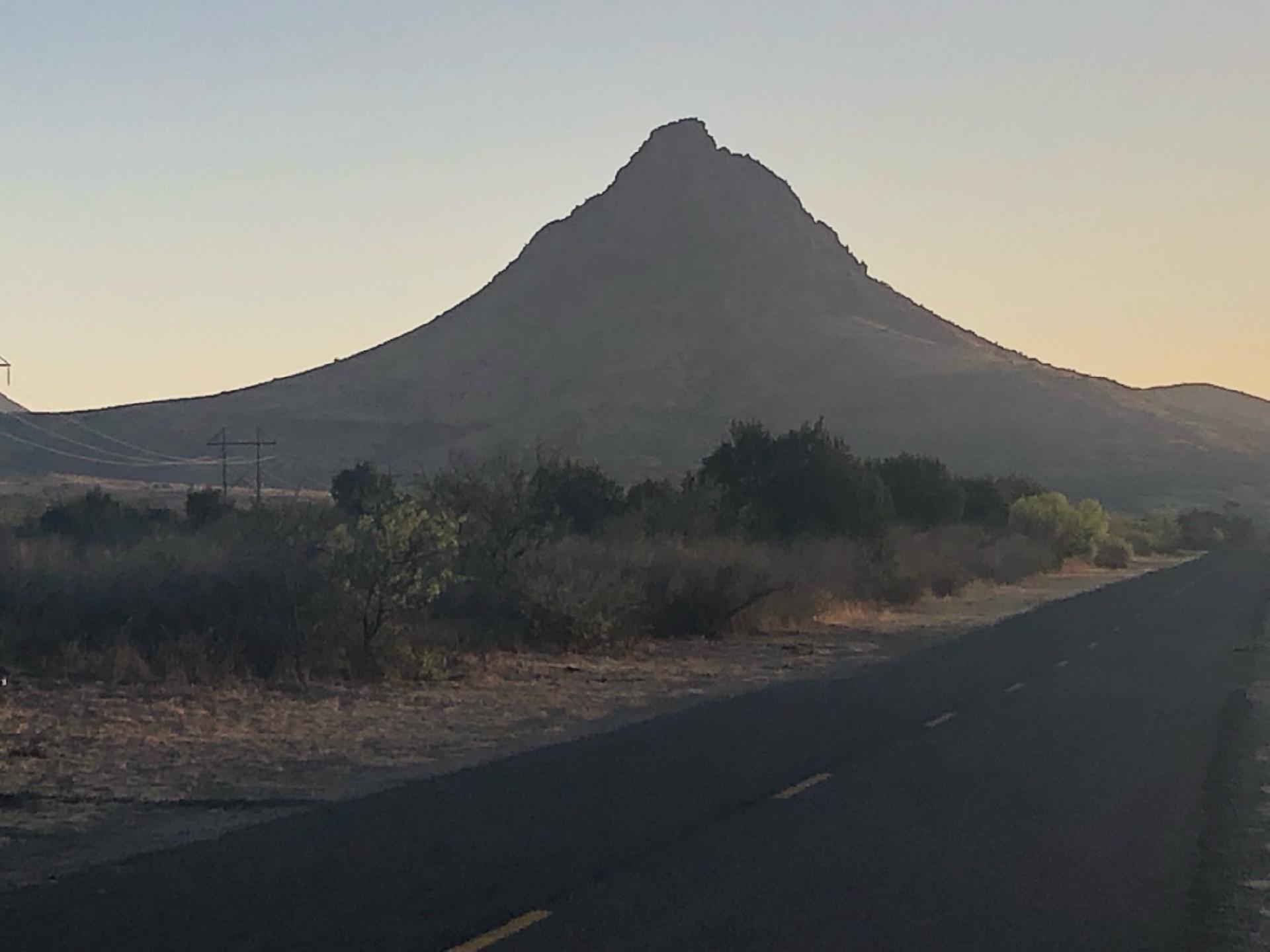 1974, Mitre Peak Camp Road, Fort Davis, TX, USA
Climbed by Ricky and David Paul on one of many adventures — with Mitre pe

Mary Clare
April 22, 2022, 4:27 p.m. PDT
Love from Mary (formerly Henning-Stout, now Clare) in Montana, now. Stunning news that I stumbled across on none other than Facebook. Such love to you June - and to Annie & Kate (who we've yet to meet). I hope this photo makes it through from years back when Sara turned 30. Rick took these photos when he was so adeptly on baby-watching duty with Sara & Annie.  [can't get it to load - when there's time write me  -  connect@fullecology.com]

Prayers for you and your daughters as you continue in God’s  peace and comfort and the knowledge of a life well-lived.   Love all the memories.

Please consider a gift to Association for Frontotemporal Degeneration or Alzheimer's Research & Prevention Foundation.
$1,215.00
Raised by 21 people
Learn more & give

The trouble with writing this elegy is that you just know Rick would have done it better.

I met Rick in 2006 when I started as assistant city editor for the Standard-Times. Nearly all successful small-city dailies have one thing in common, a writer so good that the readers feel their world is impoverished when they don't have his work to illuminate their mornings. For San Angelo, I could see immediately, Rick was that writer and an exceptional one even in that elite group.

He had hundreds of friends in the community and elsewhere, and many of them have described in their own ways, either through online comments or interviews, the unalloyed sterling of Rick's writing and his character. I won't repeat their heartfelt observations.

Rick was a pro, and being Rick's editor was simultaneously boring and exciting — I cannot recall ever making anything but minor changes in his stories, but I always read them with a slight fever of anticipation. At editorial meetings, he would lay out his plan for columns a few days ahead, and take any suggestions from other reporters or editors. He would inevitably improve the ideas he accepted.

As valuable as his writing was, the demeanor he brought to the newsroom was equally important. He was an example for young reporters (and old editors) to follow, and he was generous with his time. He was calm, deliberate, and most importantly, kind. I cannot recall ever seeing Rick show even a hint of anger, a quality that is breathtakingly uncommon in our profession.

There are many ways by which we could honor Rick's memory, but I think one path we have the choice to take every moment is to be thoughtful in what we say and most especially in what we write. Rick's style was simple and humble. He made every one of those 500 words in every column count, and every one of them meant precisely what he intended. He had the rare ability to illuminate the meaning of a word by the context in which he used it.

Another way would be to get up before sunrise on a spring morning in West Texas, on one of those uncommon days when a bit of fog lurks in the low places and a chill haunts the air. Drive out toward the hill country on a farm road and find a patch of bluebonnets, looking east as the sun begins to warm the horizon. At the first burst of light, the flowers will seem to be damp with tears.

Our deepest condolences to June, girls and family.  Rick was kind, humble and a great friend. I was very fortunate to work with Rick at the San Angelo Standard Times Newsroom/ Library. Rest In Peace Writer in the Sky! 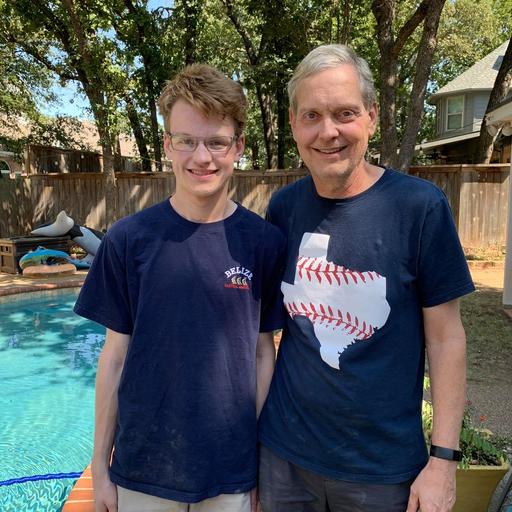 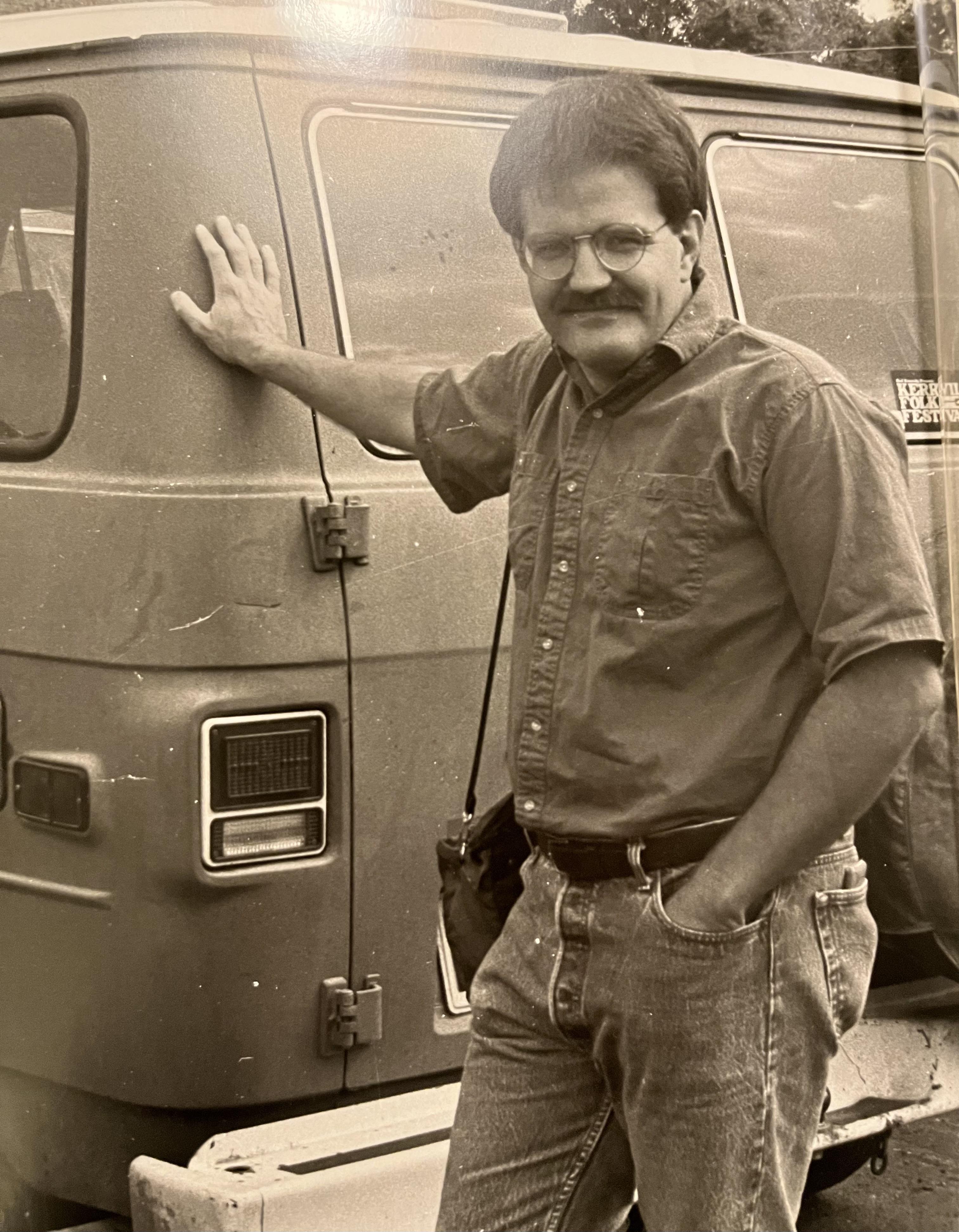 Jinx Schaefer
April 8, 2022, 6:12 a.m. PDT
Rick did a wonderful tribute to my brother’s life in the military and did such a touching story. I will never forget how sweet he was to Mom. She cried telling the story of her sweet deceased son and Rick was so kind consoling her. He took pictures to add to the article. Mom cherished that article. She always loved Rick.

Lana Richards
April 6, 2022, 8:10 a.m. PDT
A memorial brick will be placed at Historic Fort Chadbourne for Rick at our Visitor Center/Museum.  We enjoyed reading his articles in the Standard Times and he even did an article on Fort Chadbourne.  May you Rest In Peace and we are sending prayers for your family. 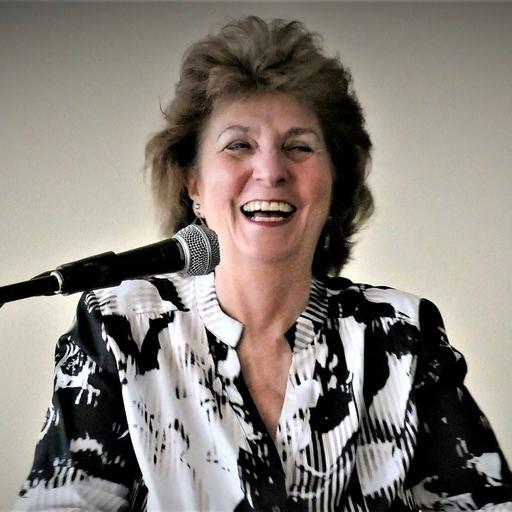 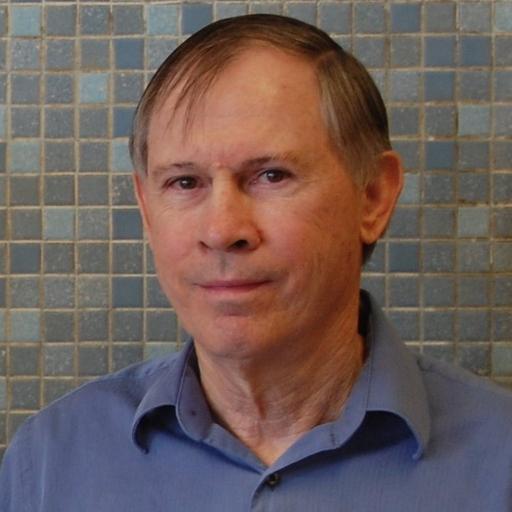 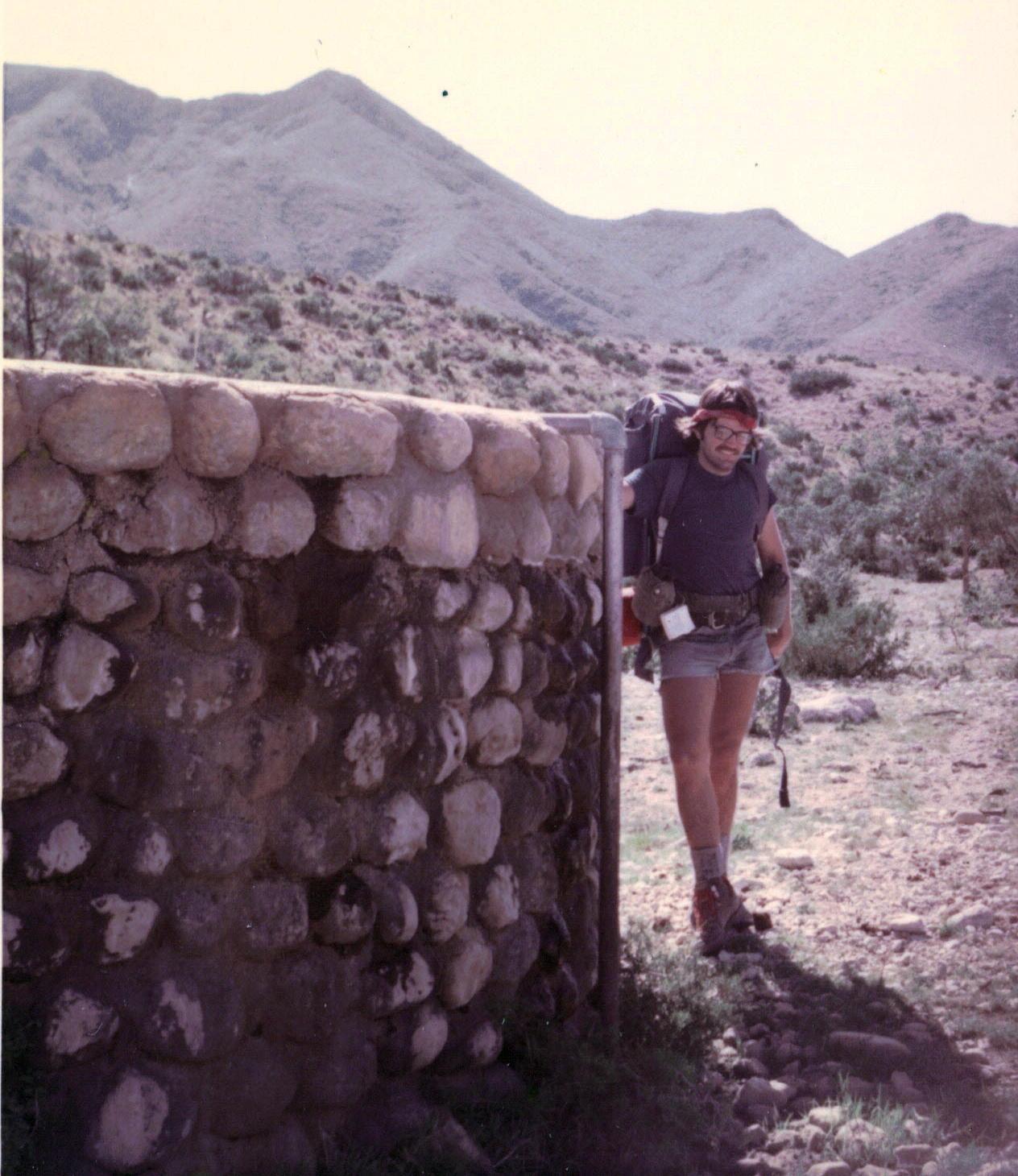 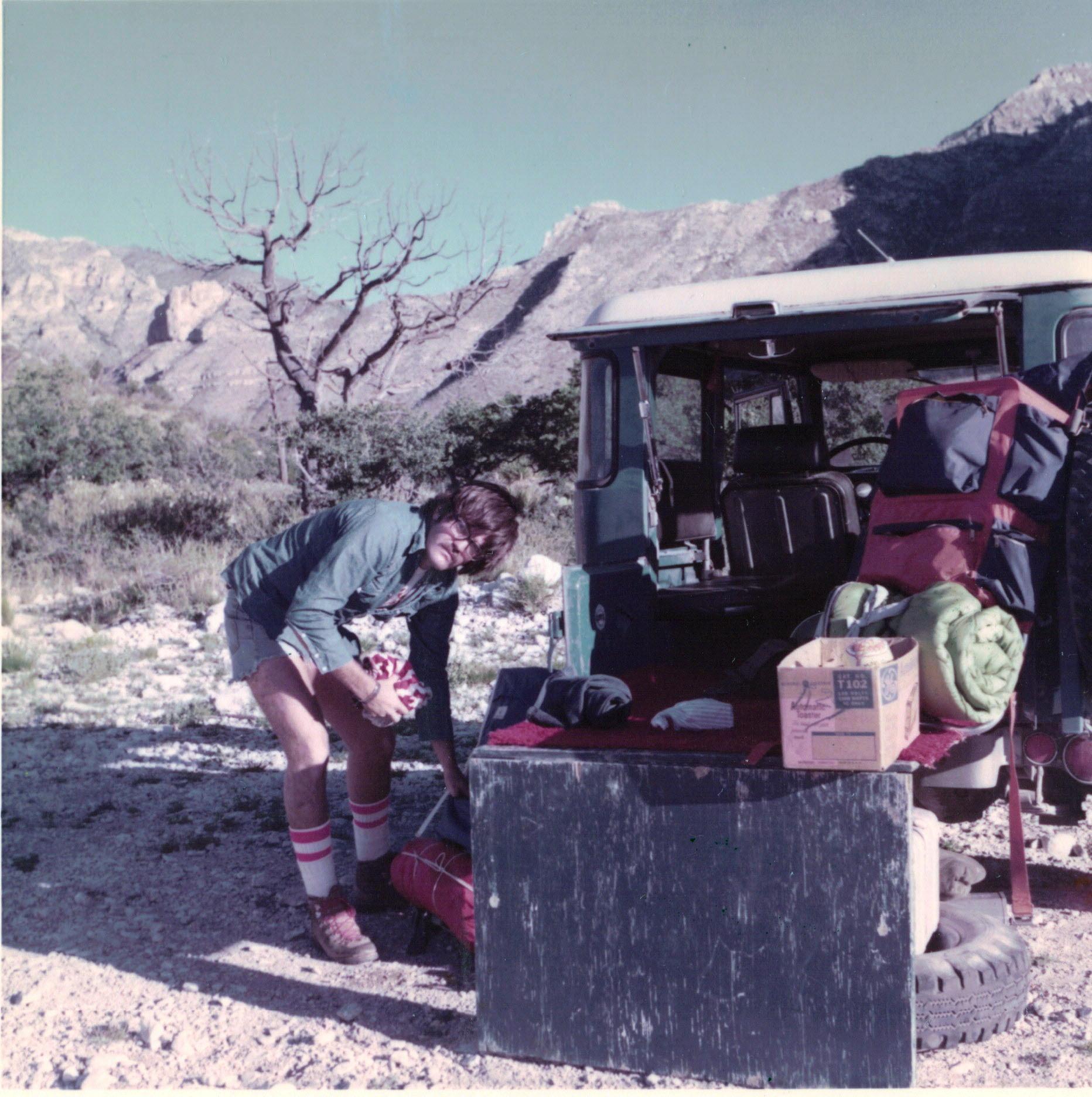 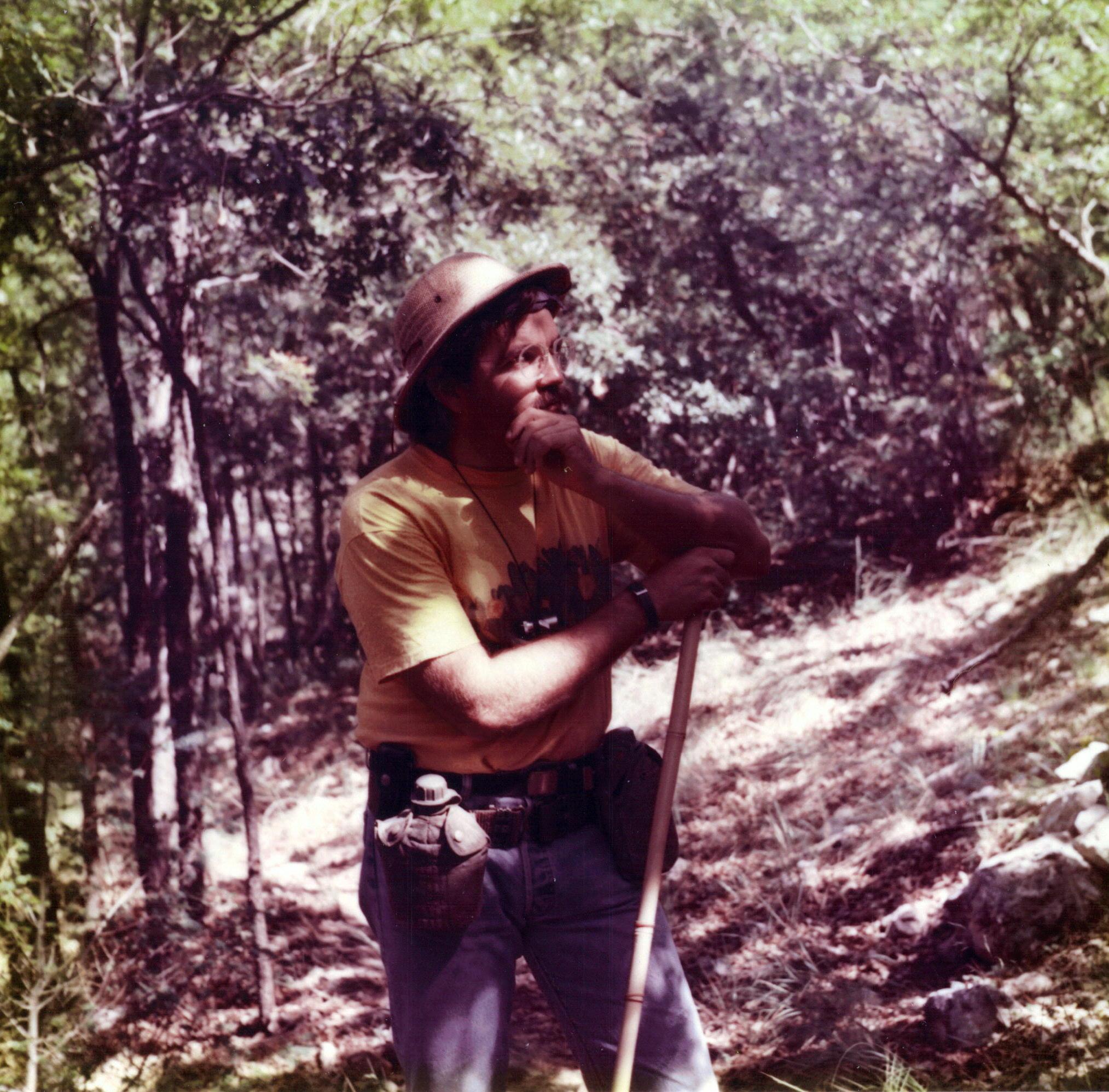 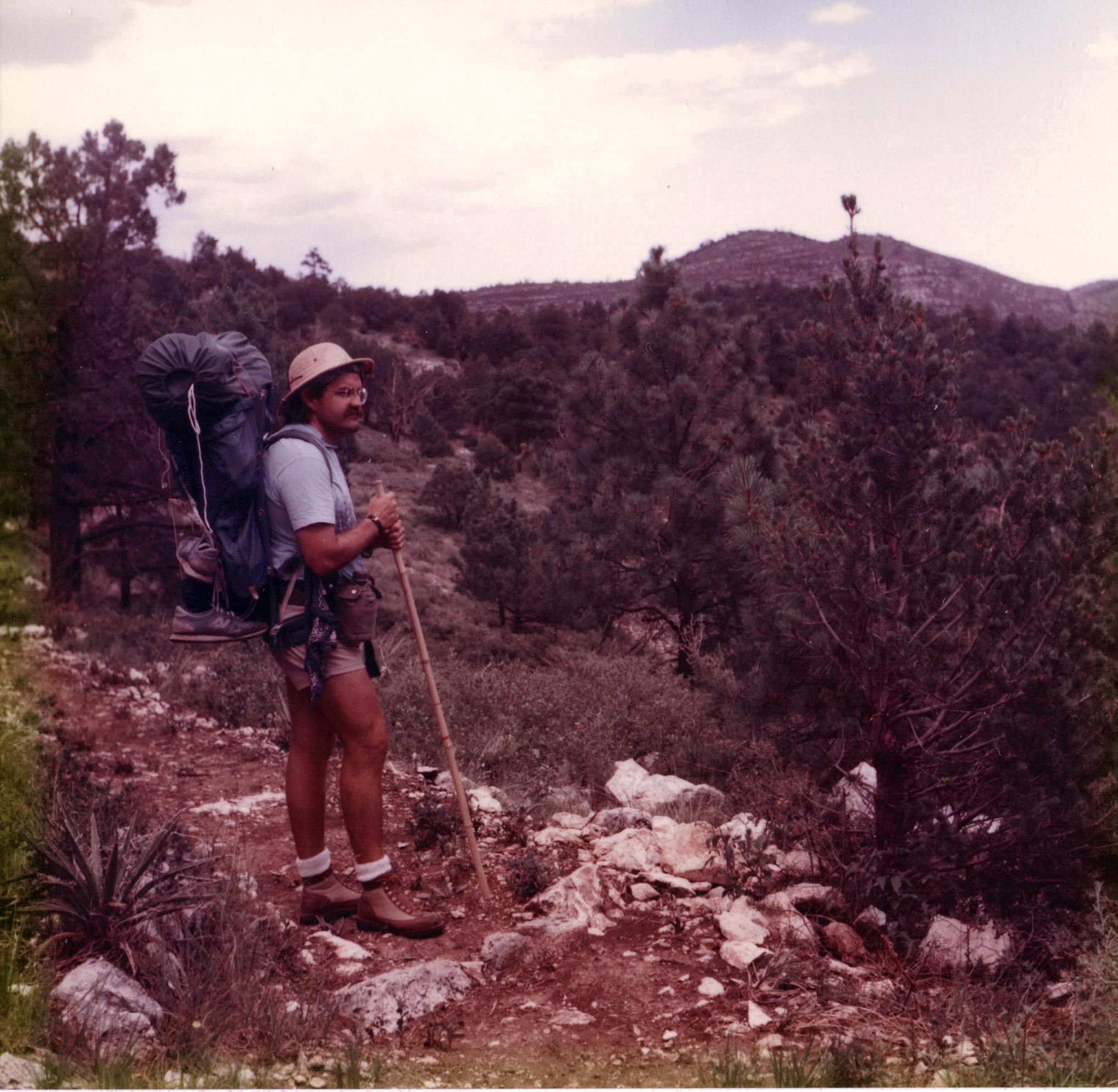 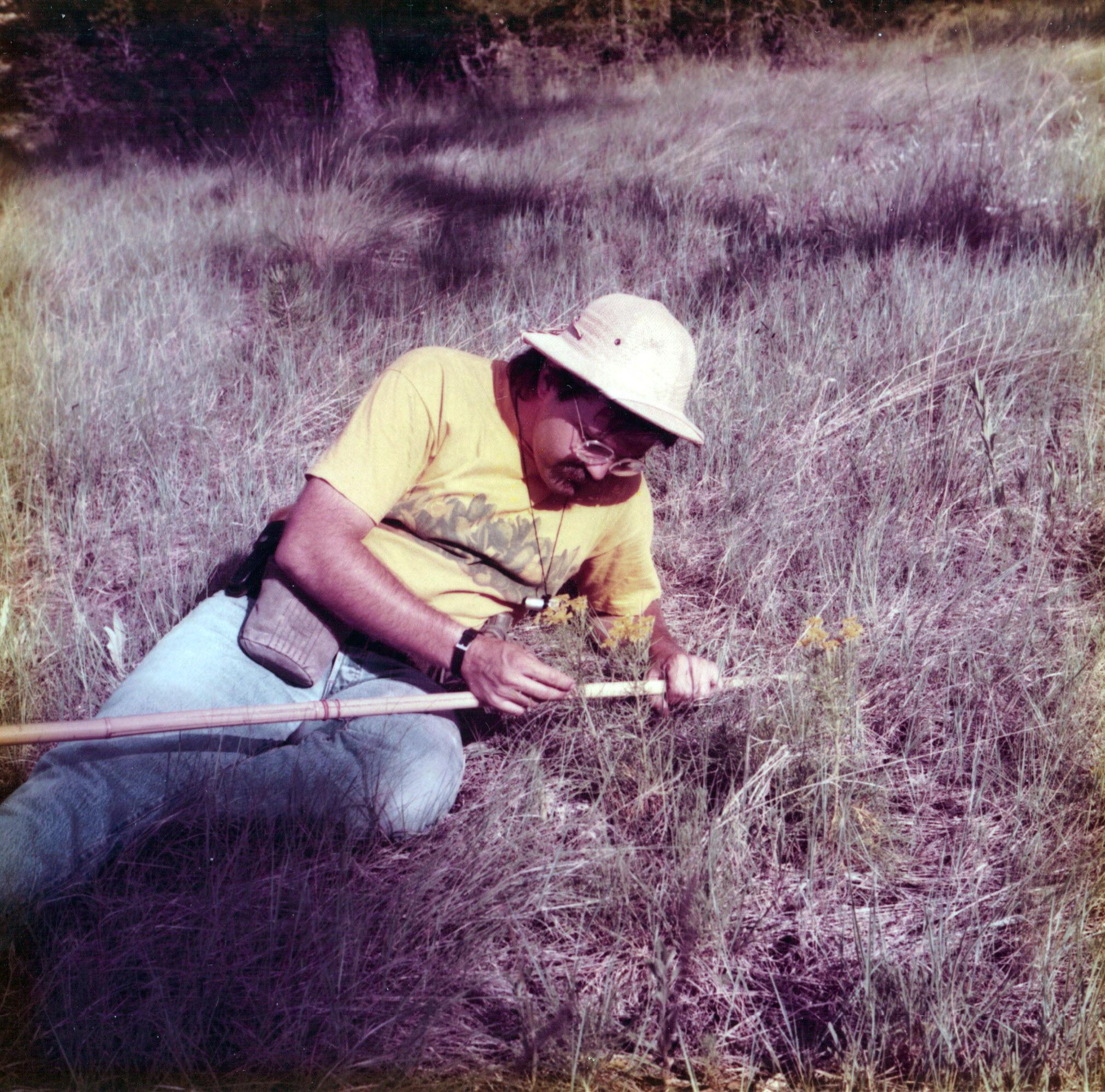 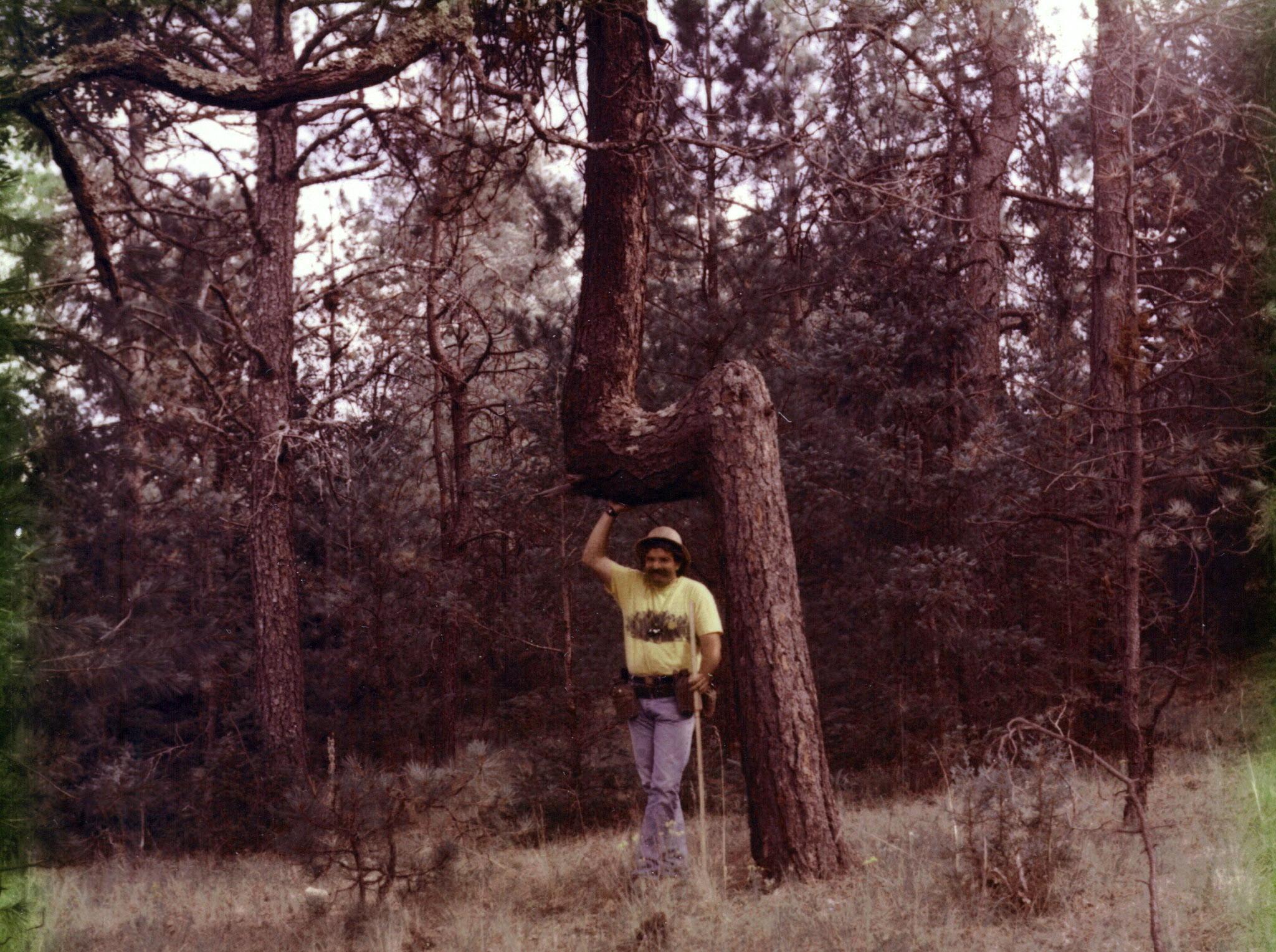 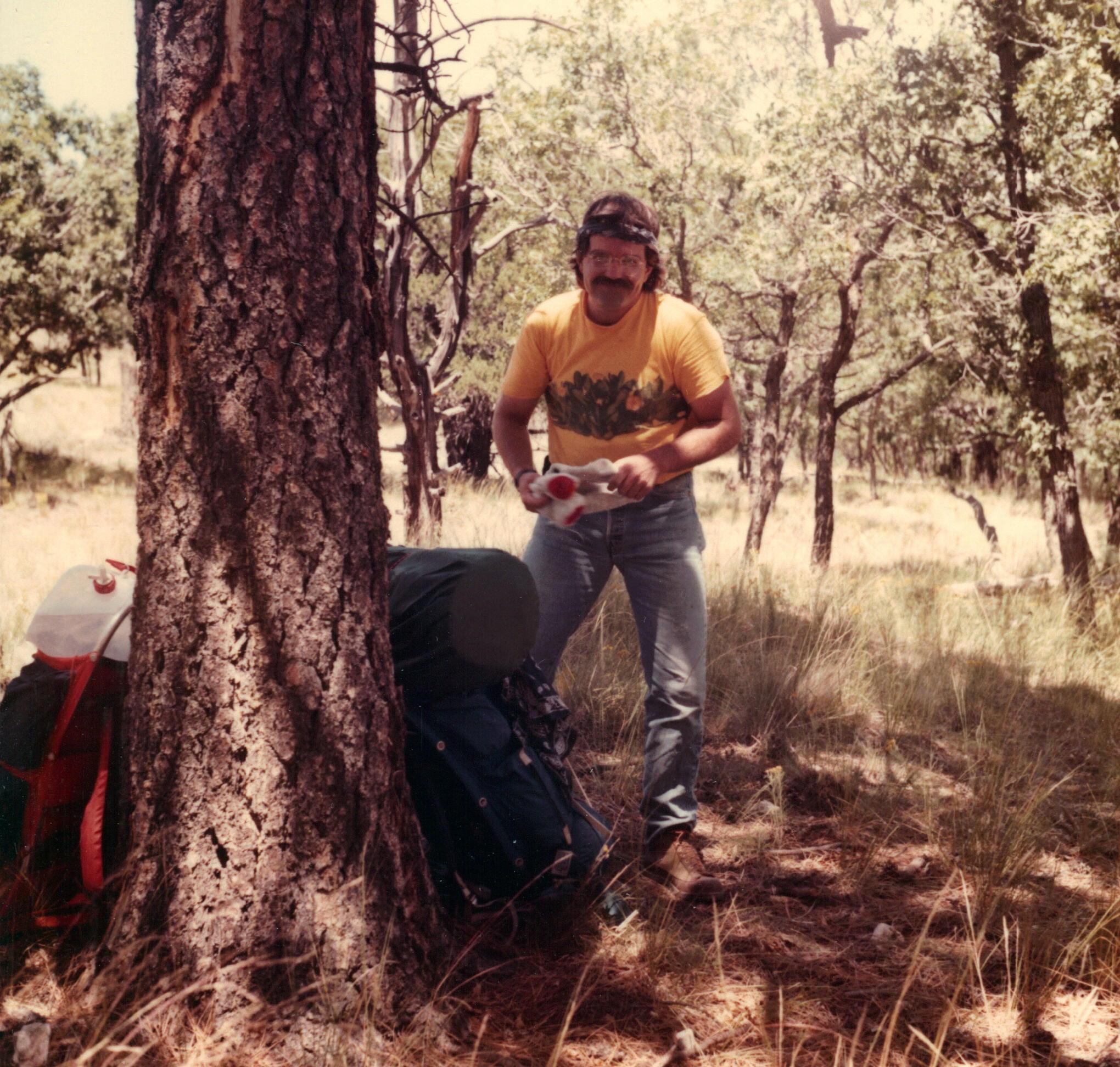 These last few days have been so very bittersweet. Bitter to think of all the might-have-beens dementia stole, and sweet remembering so many hundreds of good times. We were blessed with laughter, friendship, and the best of ordinary adventures. My son, Tyler, remembered Rick teaching him to walk on stilts — stilts Rick made. Oh, and the Fourth of July float trips on the Concho. My granddaughter played and played with the dollhouse Rick built for Annie and Kate, which they handed down to her. I (very young sons in tow) was an attendee at the first Club Sandwich (which I thought got its name because we each brought a sandwich-making ingredient, bread, spread, or condiment), and not long ago I came across the poem I wrote for the occasion. “We’ll tell our happy stories,/ of life’s merriment and and worth,/of might-have-beens and do-agains,/ the greatest show on hearth.”

June, I wish a peace to pass understanding for you, Annie and Kate.

Tom Osterbuhr
Feb. 11, 2022, 3:55 a.m. PST
I am so sorry for your loss. Though I never met Rick I feel as I have through Gary’s posts. I would have liked him by the stories of the Smith boys. Cherish the many great memories and you all will be in my thoughts and prayers.

laurie james
Feb. 11, 2022, 3:30 a.m. PST
June, Annie, and Katie, you are in my thoughts. What a gift you and Gary were able to give Rick, and I loved reading Gary's updates. The AC community holds you all in our hearts. The memory of the righteous is a blessing.

Gayle Childers
Feb. 10, 2022, 10:55 a.m. PST
I met Rick, Ricky back then, in the Ram Page office at at ASU. He immediately struck me as shy and kind with a bit of an enigmatic grin. It's inaccurate to say his writing showed promise. By that time the promise was already being fulfilled. His mark on San Angelo and West Texas is indelible. My condolences to the entire family. We lost a good'un.

Jessica Ehrlich-Bishop
Feb. 9, 2022, 10:58 a.m. PST
Sharing in your sadness as you remember, Rick. I’ll never forget the beautiful write up he did on my behalf in the SAST. He wrote so beautifully of my budding Broadway career and role in the Phantom of the Opera. I was so grateful the way he captured tour life. It was very special. Sending my deepest sympathy to the family and Annie. Much comfort and light. 💕

Jackie Newman
Feb. 8, 2022, 9:30 p.m. PST
Dearest June, I am so saddened to hear of your journey with dementia and Rick succumbing to it.  He was always such a nice, humble, personable fella.  Wish we had kept in touch better but time gets away.  My love to you all…Jackie Stephens Newman.

Karl Kujawa
Feb. 8, 2022, 9:10 p.m. PST
Rick was special to me and supportive beyond words when he went with me to McAllen, Texas to help me close out my daughter's apartment after she died. She had recently taken a position on the McAllen newspaper as an editor.  She once had been Rick's editor at the Standard Times. He and June also had been very dear friends of hers.  Rick also was the person first to notify me of my daughter's very untimely and sudden death and help make arrangements for her return to San Angelo. I was working on my daughter's house preparing it for sale when Rick came there and personally broke that terrible news.  He was a special friend of my daughter Diane Murray and his memory will always be special to me  and my family. He wrote the most beautiful memorial in memory of her that was published in the Standard Times . Rick's memory will always be cherished by me and my family.

Are you sure you're ready to save?

You have template text that hasn't been filled in yet.

Please consider a gift to Association for Frontotemporal Degeneration or Alzheimer's Research & Prevention Foundation.
$1,215.00
Raised by 21 people
Learn more & give