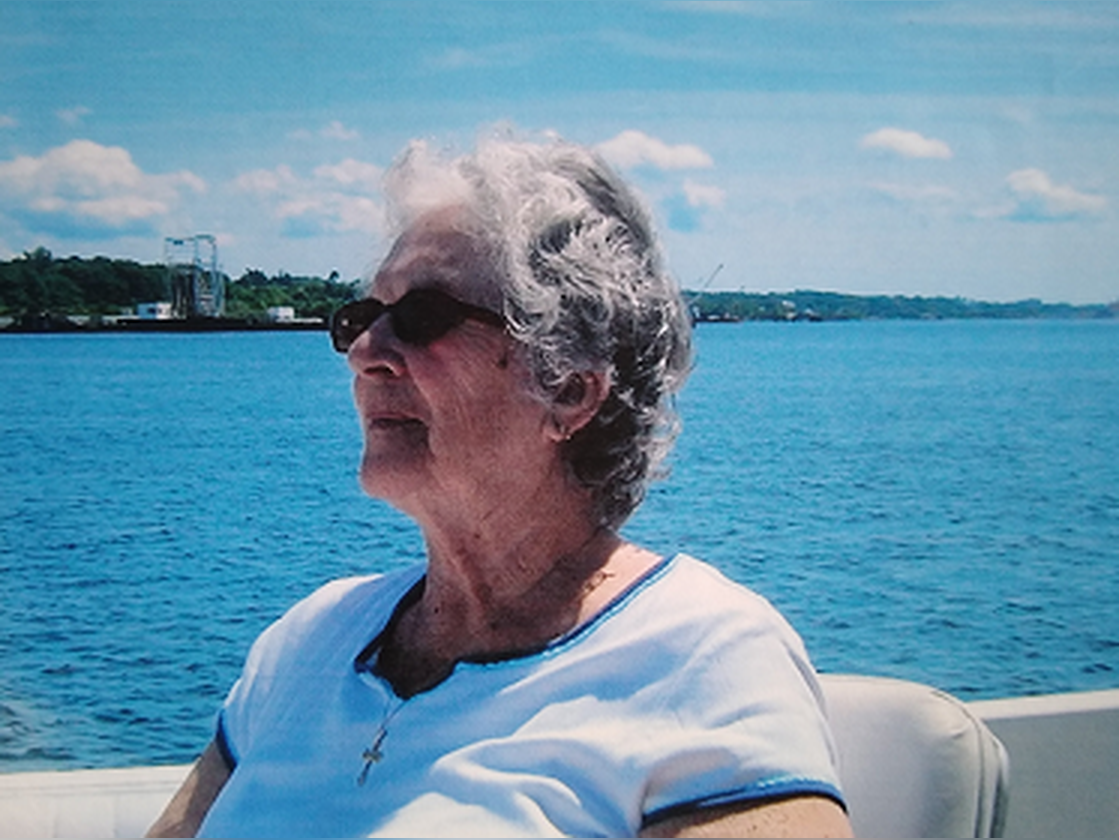 Who else knew Evelyn?

With profound sadness we announce that Evelyn Priscilla Leite (nee Mello) took her last breath, on the morning of Saturday, February 6th, 2021. Our beloved “Mimi” left this earth peacefully, surrounded by her family, just shy of her 95th birthday. She entered this world on March 7th, 1926 and was a lifelong resident of Portsmouth, RI.

Among the innumerable attributes, which her family, friends and anyone whose life she touched, will miss immensely, the most prominent ones are her jubilant laugh, her quick wit and her cooking & baking. Her foremost advice, in reference to preparing food, was “Cook with love…and they will taste it.” The aromas of Mimi’s love emanated from her kitchen on a daily basis. Each and every time any of us meandered through the door of her home, we were greeted with the phrase “Are you hungry?!”

Evelyn lived her life with verve and vigor! Music was a personal passion - her piano playing and singing skills were unprecedented and she merrily performed at all family gatherings, as well as in her own living room. To get her dancing, all we had to do is put on “Just a Gigolo” by David Lee Roth and she would break out her moves! We rarely knew what might come out of her mouth, as she never hesitated to speak her mind. She was affectionately known as the town fofoqueiro, and was always happy to share what she knew about whom!!

Although her foremost vocation was that of a magnanimous mother and grandmother, she was employed throughout her life by Portsmouth High School as a cook, the former Open Hearth Restaurant as a waitress, the former Mount Hope Marina as a hostess and Saint Philomena’s School as the head cook for the resident Nuns.

She is survived by her adored sister, Dolores Houston (nee Mello). She leaves behind her beloved children, Randy Butkus and his wife Linda, Elaine Koch (nee Butkus) and her husband Frank, Bennett Butkus and Eric Leite. Elaine & Eric both unselfishly took care of her, during the last two years of her life.

Her “chosen” family includes Donna LaVigne (her former daughter-in-law), Ray Anthony (her former son-in-law) and Doranne, Willie, Alex & Rachelle Borges. In addition, there is a plethora of cousins, nieces and nephews, who adore her.

Her legacy is unprecedented by the fact that it is marked with 5 generations of lineage, which include her great-great grandson Mason DeLeone, as well as Liliana DeLeone, who turned our tremendous loss into a blessing, as she graced us with her birth, on the same day that we all bid a sorrowful farewell to Mimi.

She will be cremated and a private memorial service will be held this summer.

As an expression of sympathy, her family suggests that donations are made to Visiting Nurse Home & Hospice, located at 1184 East Main Road, Portsmouth, RI 02871. Their incredible staff was an intrinsic part of caring for Evelyn, during the last stages of her life. Her family immensely appreciates all of the tireless efforts of RN Suzanne Cogswell-Conley (who is also a cousin), CNAs Kate Mahoney, Stephanie Mckinney and Rhonda Goullaurte, and caregiver Anna Jones. In addition, Evelyn and her family members were always comforted by our visits with Chaplain & Bereavement Coordinator, Mary Holland.

“To live in hearts we leave behind is not to die.” ~Thomas Campbell