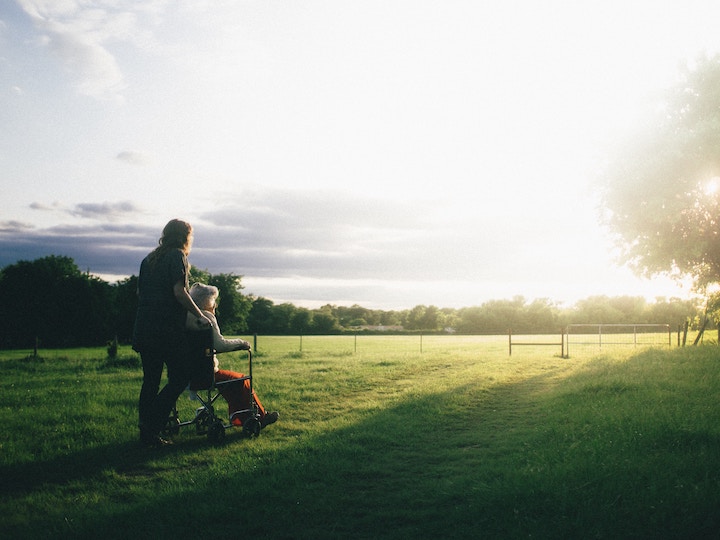 Christopher Pratola — My mother was placed on Willow Tree’s services in April. everything was going well. Her symptoms were managed well. CNA Service was excellent, by far the best I have experienced as I have worked in healthcare for a long time. I had a nurse who became my friend. I had no support from family or friends and was doing everything myself. I believe they took special care of me along with my mother. The on call RN would return calls within minutes. If needed, a nurse would come out as quickly as possible at night and on weekends except for Jackie, the laziest nurse I’ve ever encountered
Willow Tree was bought by a for profit public traded company called Amedysis. They bought three hospice companies in the area. Once the transition to Amedysis’ system of business came into practice, the quality of care diminished. It became about capturing every little detail on the computer systems they had clinical staff use in order to bill Medicare for as much as possible. It was around this time that my mother’s condition became very bad. She had episodes of urinary retention and I was told by an on call nurse that they didn’t catheter patients. That made no sense to me and a great deal of my mother’s pain and agitation was related to that. Instead of looking at all the reasons a patient might be agitated, the answer was to “give Haldol,” a very potent old school anti psychotic. Things changed in terms of the on call system. No longer was a Willow Tree RN getting your call but rather an Amedysis nurse answering from somewhere far away. Where once calls were returned within 5 to 15 minutes, it now took a minimum of 30 minutes for a call back. When they would call back they really had no idea how to handle things. One nurse asked me if my mother was a resident at Willow Tree. She wasn’t even aware of the type of service she was on call for. I began to lose my confidence in Willow Tree and made it know. To their credit, the medical director and operations manager did allow me to text them directly. I appreciated that very much. Unfortunately the last month of my mother’s life was hell. She was so agitated that she would fall out of bed, remove her clothing, and moan in pain. She lost the ability to swallow and had difficulty getting the liquid medications down. I suggested moving her to an inpatient hospice environment because her symptoms could not be managed at home. The medical director, social worker and nurse disagreed with me and I actually heard a nurse give a report to a nurse who could have gotten my mother accepted into a local inpatient unit basically say she didn’t meet criteria. This prevented my mother from getting the care that she needed. Finally after three nights in a row of having to pick her off the floor from falls out of bed, I decided to take things into my own hands and give my own report to Penn Hospice. I kept copious notes about my everything that happened and I was a clinical case manager in a former job. I knew she met criteria and after I gave the accurate report, she was immediately accepted to Penn’s inpatient hospice unit. I have tremendous guilt that I waited so long to do that. Had I called a few weeks ahead a lot of the horrible things my mother went through might not have happened. She passed away less than 24 hours of being transferred to Penn’s service. My mother deserved better care. She didn’t deserve to suffer the way she did in her final weeks. As soon as I moved her, Willow Tree wanted nothing to do with me and the nurse who I considered a personal friend never spoke to me again. That was quite hurtful. I didn’t do what I did to make anyone look bad. I did what I had to do for my mother. I just wish I had listened to my instinct and had gotten on the phone with Penn a month before she passed. Willow tree and their incompetent nurses, medical director, chaplain, on call lazy nurses who refused to come here one night because it was “too late” caused my mother to suffer unnecessarily until I finally found my strength and gave the correct report to the admissions nurse at Penn Hospice. I hate them.
Reviewed on Google on Oct. 18, 2020, 7:11 p.m.

R Cowen — Abominable. They continuously take down negative reviews, but it is my life's mission to end the murder that is this awful organization Terrible, heartless nurses--one of home who had no command of the English language. The nurses and chaplain gleefully celebrated my Father's demise, naming him their "100th patient". 100th killed. Wow. What a way to make a living.
Reviewed on Google on Oct. 5, 2020, 11:28 a.m.

Devin Capps — I first learned of Willow Tree when I worked at an assisted living facility and thought they were great, and continued to work with them through a pharmacy I work at part time. I never even considered another company when we decided to bring my grandfather home on hospice. They made the entire process as “easy” as it can be, given the circumstances. While my grandfather’s time on hospice was short, they still did an amazing job. From the aids, to the nurses, to administrative staff - everyone was always so friendly and caring. Even after my grandfather passed, they continue to be so caring and supportive. My family is so happy with our decision to use their services, and can’t recommend them enough.
Reviewed on Google on July 18, 2020, 8:22 p.m.

Justin Currie — Dana, Leslie and the team over at Willow Tree Hospice do an incredible job of guiding families through a difficult time in their lives. I consistently get high recommendations from families that they have helped in the past. I am comfortable and confident in sending any families their way when they are in need of hospice services. Keep up the great work WT Team!
Reviewed on Google on July 9, 2020, 4:34 a.m.