Mormon funerals are solemn and sacred services that honor the life of a loved one who has passed away. Mormon funeral rituals have been part of Mormon practices since its founding in 1830, and many traditions remain today. Whether you're attending a Mormon funeral for the first time or simply want to know more about the customs associated with this faith, understanding what to expect can help make the experience more meaningful.

What Mormons believe about death

Though there are differing levels of orthodoxy in the Mormon church, many Mormons believe that the soul is separated from the body at death. The soul is then judged and will be sent to either a spiritual paradise or prison. Souls stay in these separate spaces until Christ returns to Earth, at which time souls are then judged and sent to one of three places: the Celestial Kingdom, the Terrestrial Kingdom, or the Telestial Kingdom. These different kingdoms are based on how well a person followed Jesus Christ's teachings while alive and whether or not they lived "honorable" lives.

A typical LDS funeral program generally includes 4 main events: the wake, the funeral, the interment and the reception.

The wake (or viewing) is often open-casket and takes place before the funeral service. It's typical for the viewing to be held in the church (or wherever the funeral service will be held), but it can also take place at the funeral home, as well. Generally, everyone is invited to the viewing, but there is also a specific time for only family members to attend. Once the viewing ends, the bishop presiding over the service will typically say a prayer for the family and then close the casket.

LDS funerals most often take place in an LDS church, though they can sometimes take place in the chapel section of the funeral home.

There are a few different individuals who may traditionally lead an LDS funeral service:

Whichever leader is chosen, they will take the time to spread the gospel of their religion. The service typically has hymns, prayers, songs, and other verbal tributes to the person who has passed away.

Once the funeral service is completed, the church leader or bishop will travel with the family to the cemetery for the interment. A prayer service is typically held graveside at this time.

The reception typically follows the interment and is open to friends, family, and the community. Similarly to traditional Greek Orthodox funerals, a "mercy meal" is traditionally held at the reception. A mercy meal is a time for family and friends to celebrate their loved one's life.

Mormon funerals are typically formal occasions, so those attending should dress accordingly. Men typically wear suits and ties, and women usually wear dresses or skirts that cover the knees.

In addition to traditional Mormon funeral attire, LDS members typically wear a plain white undergarment underneath their clothing during everyday life. Mormons will sleep in this garment, do their daily work in this garment, and eventually are buried in the garment.

Here are some mormon burial garments pictures for those who are interested: 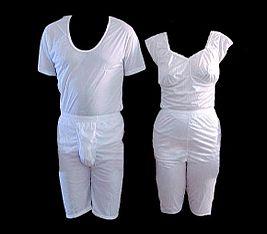 All LDS members are traditionally buried in this LDS burial clothing, which symbolizes their equality before God.

Do Mormons believe in cremation?

Mormons allow cremation, though the Church of Jesus Christ of Latter-Day Saints will encourage burial rather than cremation. Mormons prefer burial as it aligns more closely with their belief that the soul and the body will be reunited at some point.

Can I send flowers to a Mormon funeral?

Yes, you can send flowers to a Mormon funeral. Many people choose to express their sympathies with floral arrangements or other gifts.

Quickly connect with local funeral homes and easily price out a burial or cremation.
Get started

Italian funeral traditions reflect the strong bond between family and faith in Italian culture. Italians have a deep respect for death and traditions. From funeral attire to songs, there are many unique aspects that make up Italian funerals. What do Italians believe about death and dying? I

Death is an unavoidable part of life, and Vietnamese culture has its own customs, beliefs, and superstitions when it comes to death and funerals. Whether you're attending a Vietnamese funeral, organizing one, or just are curious about the customs, this article will provide an overview of Vietnamese

Puerto Rican funeral traditions and customs are deeply rooted in the cultural beliefs of the island. These rituals have been passed down for generations and reflect a reverence for life, death and spirituality. Death is seen as a natural part of life that should be honored with respect and tradition