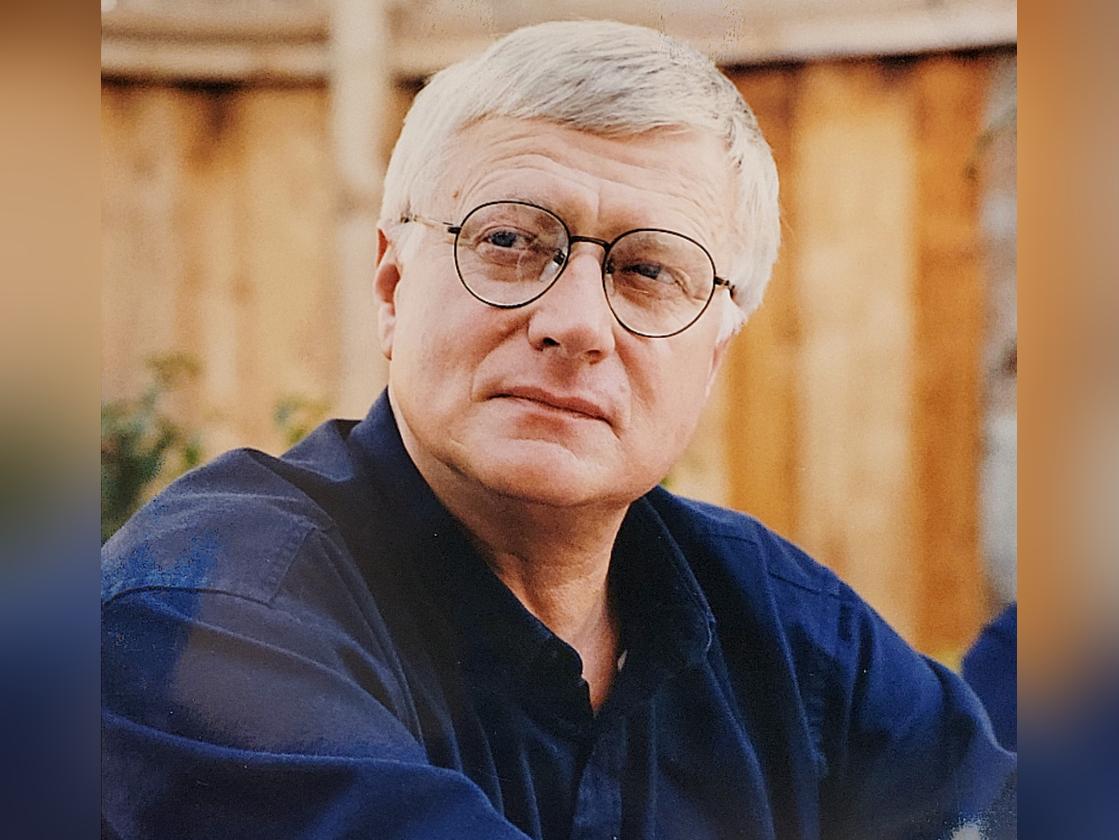 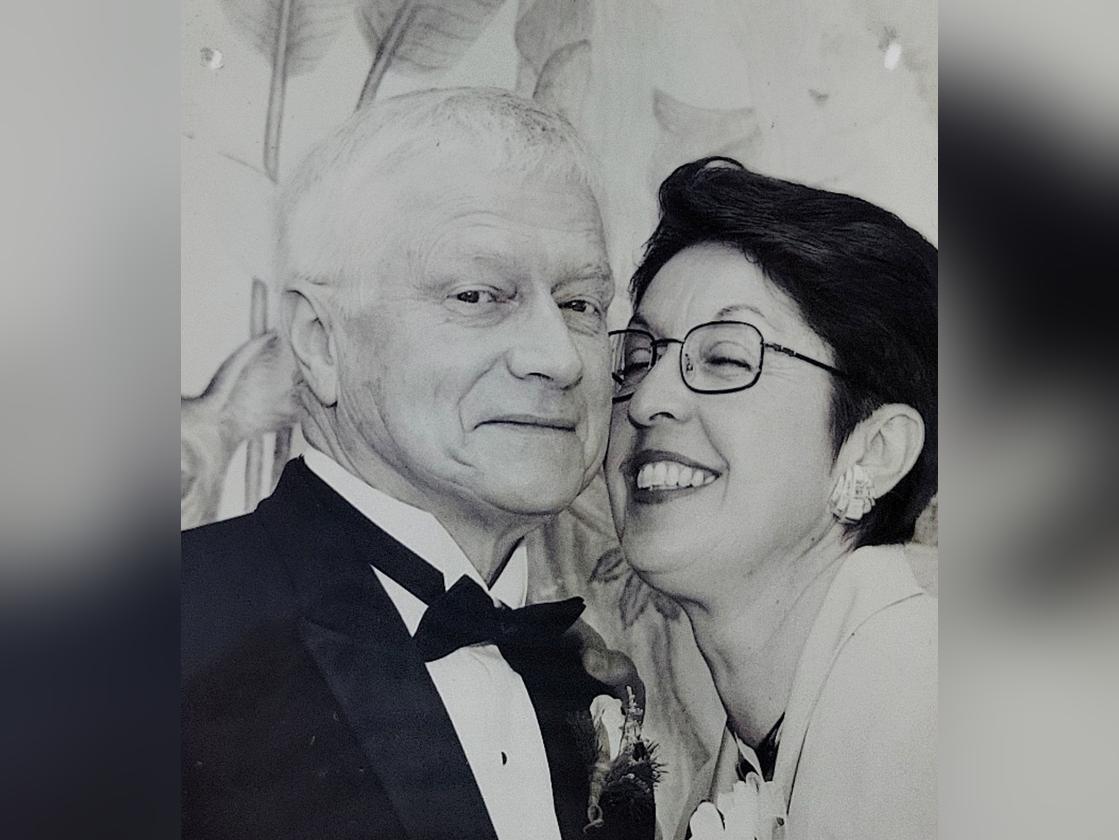 Please consider a gift to The Johns Hopkins Hospital or The White Coat Waste Project.
Learn more & give

Who else knew William?

William James Haga of Herndon, Virginia passed away peacefully at his home on January 6, 2022 after complications from heart failure, dementia, and Covid 19. He was 83 years old.

William, or “Bill” as he was known to most, was born William James Dicken on April 3, 1938 in Detroit, Michigan.  After the tragic deaths of his older brother, Tommy, and his biological father, Londa Dicken, in the early years of his life, Bill’s mother, Frances, married Herman Haga in October, 1946.  Herman adopted Bill, and the family later grew to include Bill’s two younger sisters, Pam and Paula.  His childhood revolved around spending time with extended family, including summer trips to visit his mother’s family in Moberly, Missouri, Boy Scouts, collecting model trains, listening to the radio, and endless exploration of surrounding neighborhoods with friends on bike and on foot.

In 1956, Bill graduated from Allen Park High School in Allen Park, Michigan and attended Wayne State University in Detroit as a member of the Air Force ROTC program.  At Wayne State, he served as the Editor of the University’s daily newspaper, The Daily Collegian, and was an active member of the Alpha Kappa Psi fraternity. In 1960, he graduated as a member of the Mackenzie Honor Society with a B.B.A. in Business Administration and minors in Economics and English.  After graduation, William proudly served as a First Lieutenant in the U.S. Air Force for four years, working in the administration of medical facilities.  He was stationed first at Gunter Air Force Base in Alabama and later at the U.S. Air Force Base in Prestwick, Scotland, where he developed a lifelong affection for the United Kingdom.

In 1968, William enrolled at the University of Illinois in Champaign-Urbana to pursue graduate studies in organizational theory.  He earned an M.A. degree in June 1970 and a Ph.D. in January 1972.  He held a National Science Foundation fellowship in the social implications of science and technology, and joined the junior staff of the Coordinated Science Laboratory of the University of Illinois.  At the University of Illinois, William met the love of his life, Carline Kirtz, and they married in May, 1970. In 1972, the couple moved to what they considered the most beautiful place on earth, Monterey, California, where Bill joined the faculty of the Naval Postgraduate School as a Professor in the Department of Administrative Sciences and taught courses in economics and organizational behavior.  In 1974, William and Carline’s daughter, Chelsea, was born.

William’s career included teaching and research at the Naval Postgraduate School, as well as a year spent at Hillsdale College in Hillsdale, Michigan in the late 1970s.  He also started his own advertising and consulting firm, Selkirk & James, in Monterey in the 1980s.  In the 1990s, after returning to the Naval Postgraduate School full time, his teaching and research work focused on the management of information systems.  He and a colleague pioneered research in the use of passwords, most notably on the use of cognitive passwords, and co-authored leading scientific publications in this area.  His work has been published in the Academy of Management Review, Accounting Review, American Sociological Review, Organizational Behavior and Human Performance, Behavioral Science, and other journals, and his book, Haga’s Law, was published in 1980.

William retired from the Naval Postgraduate School in 2003 with 27 years of federal service.  Later that year, he and Carline moved to Annapolis, Maryland, where William taught at the U.S. Naval Academy for a year.  In 2009, they moved again to Reston, Virginia, to be closer to their daughter and grandson, Jack.

William loved spending time with family, friends, and the numerous dogs he adopted throughout his life. He was passionate about teaching, and about libertarian economic principles, community service, and learning new things. He spent many years mentoring young men as a volunteer with the Buddy Program of the Monterey Peninsula (later Big Brothers Big Sisters). He also enjoyed hiking, swimming, photography, tinkering with computers, reading spy novels and books on politics and economics, listening to Classical music, rooting for the San Francisco Giants and 49ers, and making people laugh.

William is preceded in death by his parents, Herman and Francis Haga, and his brother, Tommy Dicken. He is survived by his beloved wife of over 51 years, Carline Haga of Herndon, Virginia; his daughter, Chelsea Fallon, and grandson, Jack Fallon, of Arlington, Virginia; and his sisters, Pam Mott and Paula Stafford, of Michigan, and their families.

A funeral service will be held Friday, January 28 at 1:00 p.m. at Floris United Methodist Church at 13600 Frying Pan Road, Herndon, Virginia. A link can also be provided to view a live stream of the service online. In lieu of flowers, contributions can be made to Johns Hopkins Medicine (https://www.hopkinsmedicine.o…) or the White Coat Waste Project (https://www.whitecoatwaste.or…

Will you be at the funeral? Send your RSVP.

Please consider a gift to The Johns Hopkins Hospital or The White Coat Waste Project.
$150.00
Raised by 2 people
Learn more & give

My condolences to Carline and Chelsea. Here's my post on Bill:  https://www.econlib.org/william-j-haga-an-appreciation/

My condolences to Carline and Chelsea. Here's my post on Bill:  https://www.econlib.org/william-j-h…

My condolences to Carline and Chelsea. Here's my post on Bill:  …

I am so saddened to hear of Bill's passing.  I loved Bill and have so missed him since he moved b…

I am so saddened to hear of Bill's passing.  I loved Bill and have so missed …

I am so saddened to hear of Bill's passing…

Please consider a gift to The Johns Hopkins Hospital or The White Coat Waste Project.
$150.00
Raised by 2 people
Learn more & give