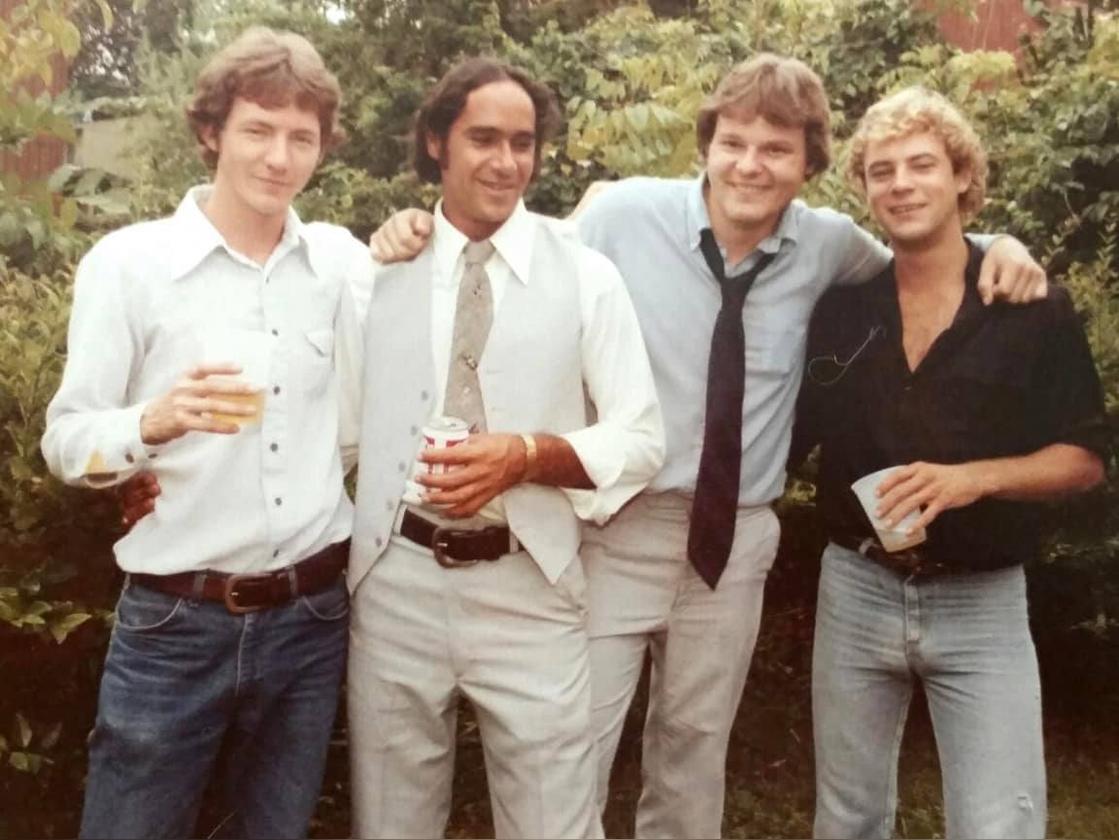 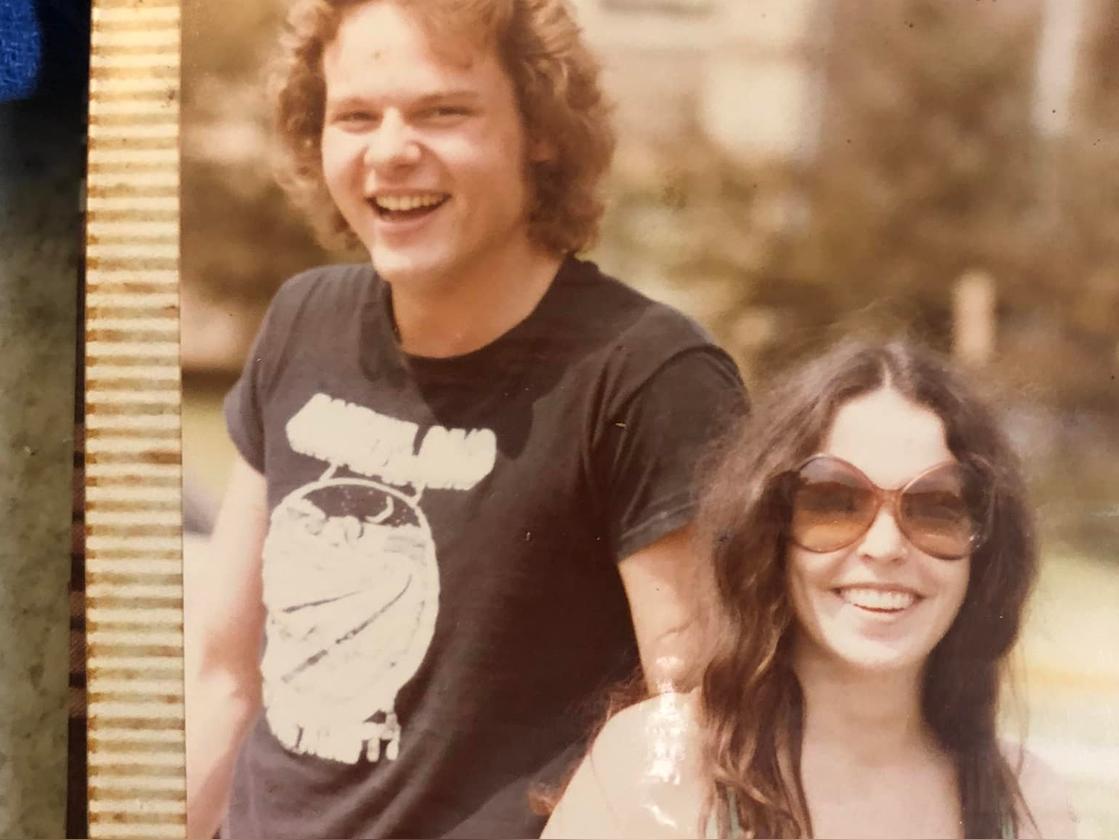 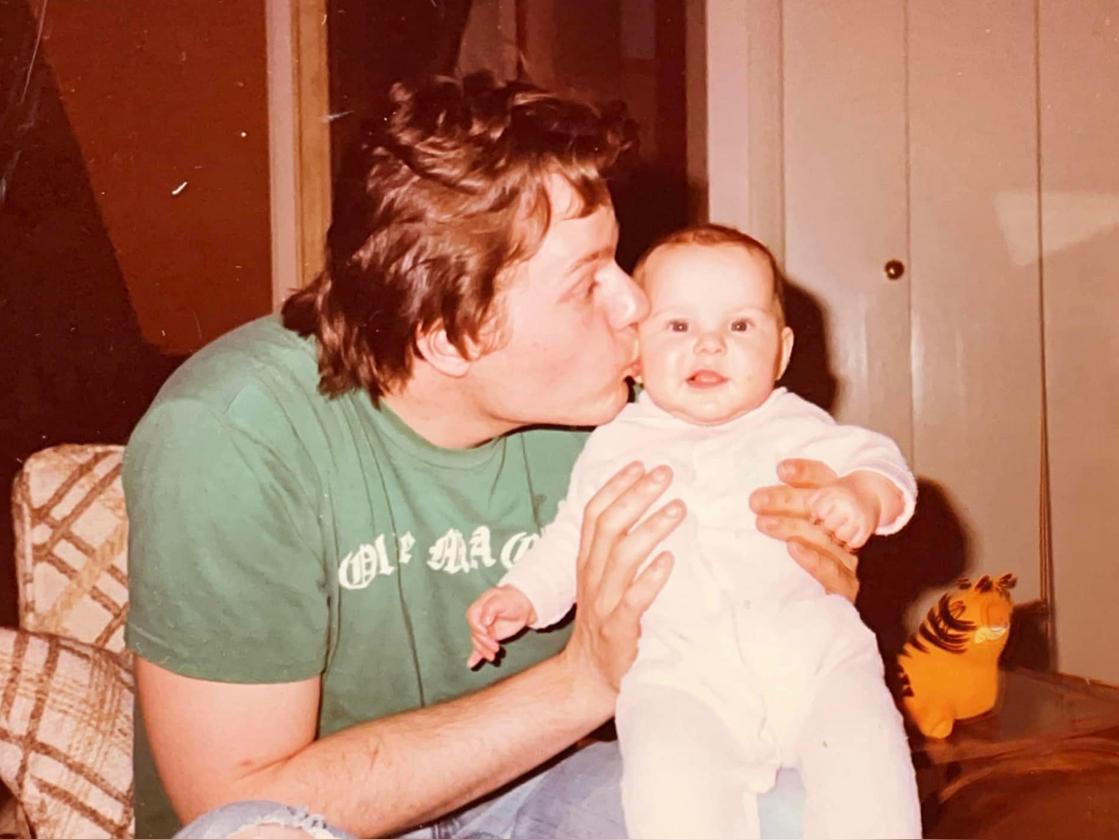 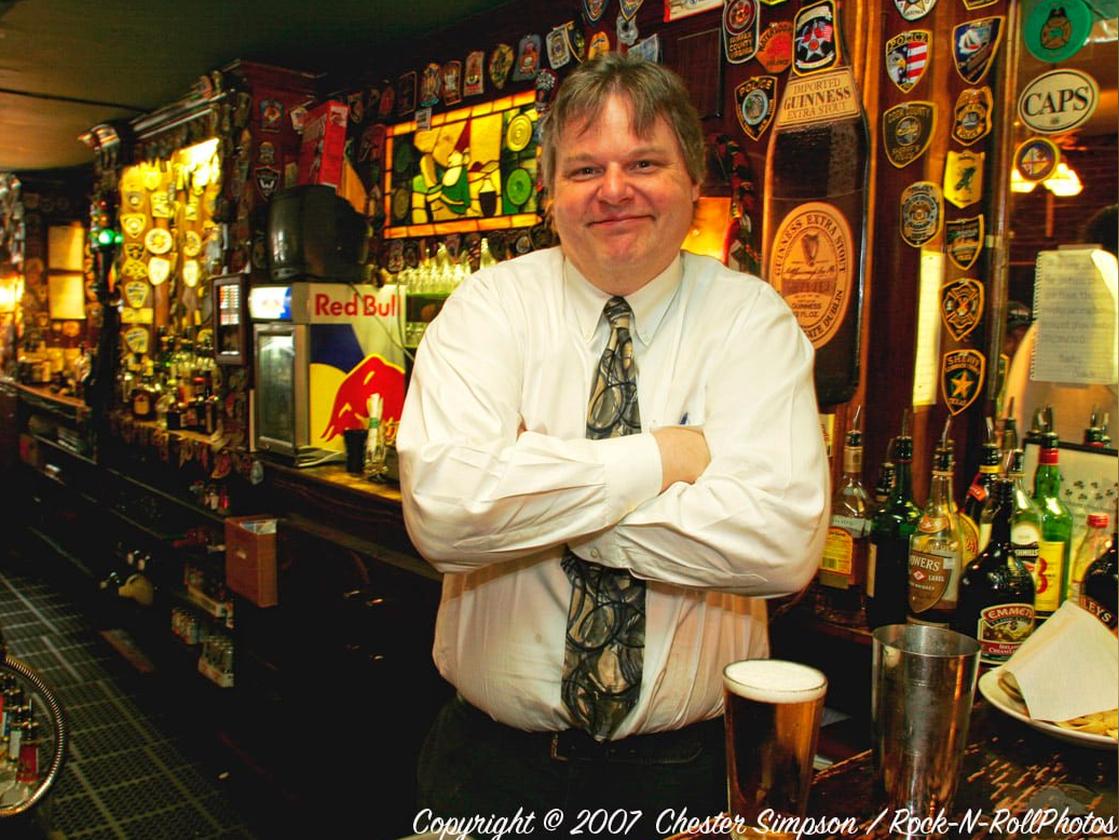 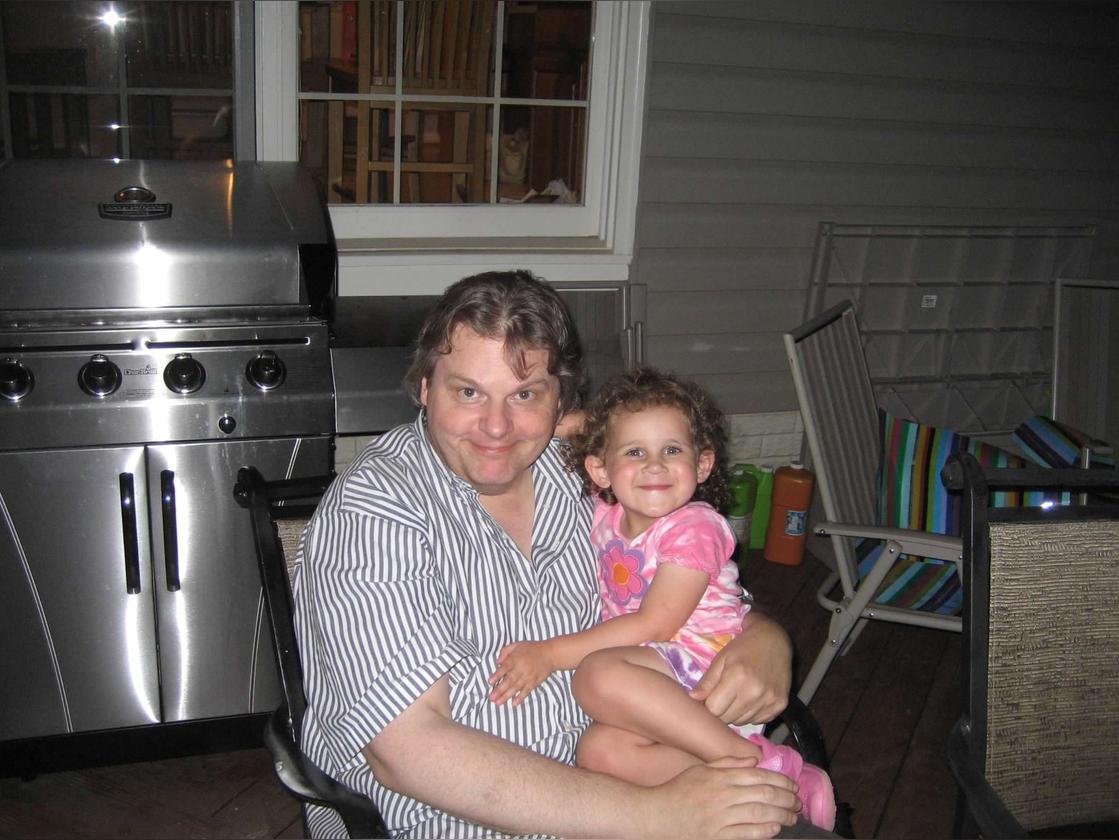 Gregory Madison Davis died on November 16, 2022 at the far-too-young age of 65. Other nicknames/endearments for Greg included: Bub, Pop, Granddaddy, and Bunny. Greg grew up in Arlington, Virginia and lived in Northern Virginia for most of his life. His most recent state of residence was Oklahoma. He fought to stay among us so that his eight grandchildren would not have to lose their Granddaddy so soon, but cancer proved to be a formidable foe. Greg tended to be a stoic sort of fellow; we know he suffered more than he ever let on, and we are relieved that he is no longer in pain.

Greg was born on February 27, 1957 in San Angelo, Texas to Horace "Doc" Davis and Hedwig Elaine Davis. Doc was in the Air Force and the family moved around a bit; they were briefly stationed at Fort Bragg before receiving orders that sent the family overseas to France. They were in France for about a year before moving to Arlington. Greg became the world's best big brother when his sister Diana was born, later followed by Janet.

When asked if Greg was a handful growing up, his mom concedes that he was a handful at times but that he was "very cute." Shortly before his death, Greg was able to make one last trip home to visit her. Knowing how much pain he was in, she later realized that he made that trip on "sheer will."

Greg attended Yorktown High School and graduated in 1975. He remained close with his friends from Yorktown High for the rest of his life. After high school, he attended Northern Virginia Community College. In the late 1970s, he met Diane (who had two daughters, Claudia and Mona, from a previous marriage). They married on July 25, 1981. Their daughter Audrey Elaine was born four months later on November 29th. This brought about an enduring family joke that it was a miracle that Audrey survived considering that she was born at just 16 weeks' gestation. Audrey inherited Greg's crooked pinkies and kind brown eyes.

Career-wise, Greg found his way into the hospitality field, working in various restaurants until finding his footing on King Street in Old Town, Alexandria. He worked at the Fish Market for a few years in the early 1980s. For 26 years starting in 1986, Greg worked at Murphy's Irish Pub, just a few blocks up from the Fish Market.

For a quarter-century, Greg was the heart and soul of Murphy's. He became an invaluable asset to the restaurant, doing everything from tending bar to managing staff to coordinating events. He was the friendly face behind the bar for thousands of patrons and dozens of regulars. Greg knew the score of every game that was on (even though he had only a passing interest in sports). He could talk to anybody about anything, always knowing some random bit of trivia that made the conversation more interesting. Greg seemed to know everyone's name and, often, their preferred drink.

When people think of Greg, they likely think of music. Greg collected rock-n-roll memorabilia and was known to be a lifelong fan of the Rolling Stones. Bruce Springsteen was probably a close second. He saw both in concert many times. He took his daughters to various concerts (and Washington Capitals games!) over the years. His grandchildren were always enthralled by Greg's various collections - from collectible toys to vinyl records to pure kitsch. He had an eye for what he could resell at a profit - and he was almost always right! Greg also loved fireworks. His mom remembers how his eyes lit up at a fireworks store in South of the Border when he was a kid. His last gift to his Oklahoma grandsons (Barrett, Gunther, and Axel) was - you guessed it - explosives.

Never one to subscribe to any brand of toxic masculinity, Greg never hesitated to share his emotions. His huge heart endeared him to everyone who met him. His sense of humor was often quirky.  Any time Diane handed him a greeting card to sign for a friend or family member, he usually wrote "have a ball!" no matter the occasion. His brain moved in mysterious ways. In 2018, he posted this on Facebook with no context whatsoever:

When I Die, Prop me up on the front steps of The National Cathedral, comb my hair and run like hell...

In his 30s, Greg realized that being the life of the party wasn't all that fun anymore. He stopped drinking and kept the O'Douls people in business thereafter. Greg was extroverted, affable, and funny as hell. Anyone who ever met him was a better person for it. Next time the opportunity arises, raise an O'Douls or a Guinness to Greg in remembrance. After all,

Life's just a cocktail party on the street

Some kind of fashion

Greg is survived by his wife, Diane, as well as three daughters (Audrey (Jason) Claunch, Mona (Josh) Larsen, and Claudia (Patrick) Moder) and eight grandchildren (in order of appearance: Lydia, Liam, Adrienne, Barrett, Gunther, Ronan, Axel, and Annabelle). He is also survived by his beloved mother, H. Elaine Davis, and his sisters, Diana (Martin) Berend and Janet (Doug) Kolbe. He was preceded in death by his father, Horace "Doc" Davis, and his beloved canine companion, Maggie (plus lots of cats over the years). Maggie inspired (er, required) Greg to get out and walk after he endured several joint replacement surgeries after leaving Murphy's.

A celebration of Greg's life is being planned in Virginia (spring 2023). Greg's children would like to thank friends and family who provided financial support to cover travel and hotels for cancer treatments in Oklahoma City.  We'd also like to extend our deep gratitude to Aunt Janet, who was with Greg when he died.

Davis family….I just found out today about your tremendous loss. I knew Greg from Yorktown and I cannot remember a kind…

Davis family….I just found out today about your tremendous loss. I knew Greg from Yorktown and I ca…

Davis family….I just found out today about your tremendous loss.…

To Diana and Janet: I am so sorry for your loss. I happened across Greg’s obituary. He was a fun loving cousin.

To Diana and Janet: I am so sorry for your loss. I happened across Greg’s obituary. He was a fun lo…

To Diana and Janet: I am so sorry for your loss. I happened acro…

My deepest condolences to Greg's family, I grew up in Arlington, VA & graduated Yorktown HS with Greg in 1975. We h…

My deepest condolences to Greg's family, I grew up in Arlington, VA & graduated Yorktown HS wit…

My deepest condolences to Greg's family, I grew up in Arlington,…

Share with others
Created with love by Claudia Moder (Gregory's daughter).