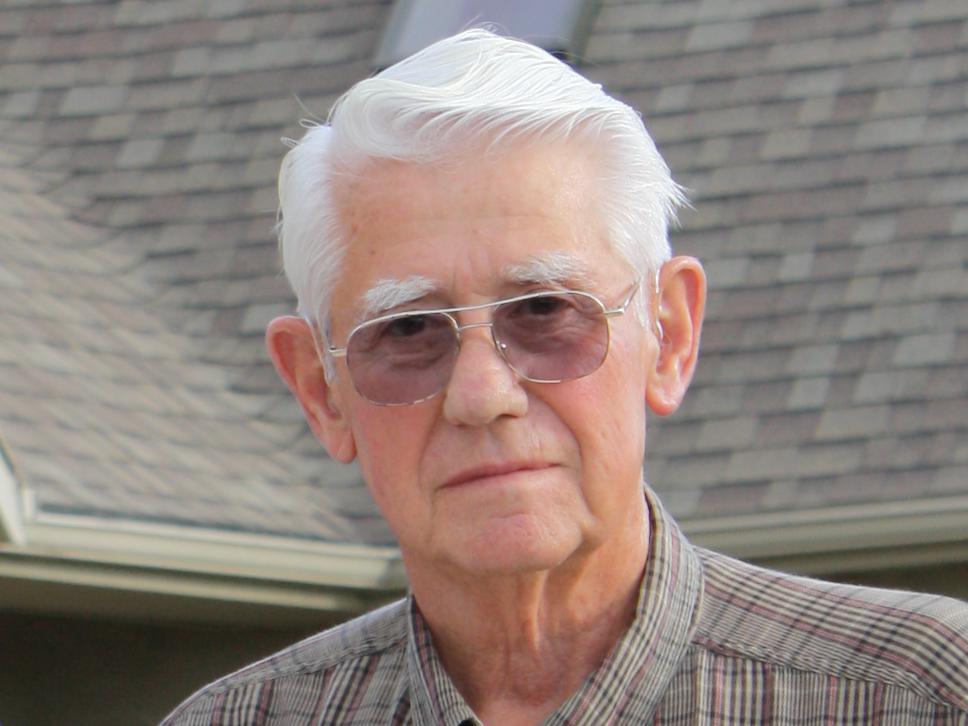 Who else knew Gene?

Gene Peter Weckler was born July 3, 1932, in San Francisco, CA, and died of complications from Alzheimer’s on December 3, 2019, in Logan, UT. He was 87 years old.
Gene’s birth name was Jean Marcel Virieux, and he was adopted at 2 years of age by Peter and Ena Weckler of Dixon, CA. Gene said that in high school, he had three main obsessions: sports (track and field, mainly), hot rods, and girls, saying he had more success with the first two, and not so much with the last one.
In 1951, Gene joined the US Navy, where his interest in radios and electronics led him to electronics school and eventually being assigned to the McKinley, an ACG (Amphibious Force Flagship) at the end of the Korean War.
Upon receiving an Honorable Discharge in 1955, Gene acted on the advice he had received from one of the naval officers he served with and chose to attend Utah State University because of the reputation it had as a training facility for officers needing a crash course in electronics during WWII. It also did not hurt that Utah had an abundance of powder snow and that Gene was an avid skier.
It was at USU that Gene met and married a local girl, Helen Jean Reese. The two got married in 1956.
Gene’s professional career was inextricably linked to the birth and growth of California’s Silicon Valley, and Gene was fortunate to be present and part of many of the seminal and pivotal events in the evolution of Silicon Valley and the then emerging semiconductor industry.
Gene began his career at Shockley Transistor as an applications engineer in the late 1950s, then as a member of the technical staff at the Fairchild Semiconductor R&D Lab during most of the 1960s.
In the 1970s and 1980s, Gene was the Vice-President, Director of Engineering for EG&G Reticon, a firm he co-founded in 1971. He retired from EG&G in 1997.
Six months after retiring from EG&G (in 1997) Gene started Rad-icon Imaging Corp. Rad-icon produced CMOS imagers and cameras, designed specifically for X-ray imaging, and incorporated these into cameras, again designed for specifically for X-ray and radiation detection and imaging. Gene retired from full-time work in 2009 but continued as a member of the Advisory Board for the College of Engineering at Utah State University until 2012.
Gene was a Lifetime Member of the The Institute of Electrical and Electronics Engineers (IEEE) and a member of the Society of Photographic Instrumentation Engineers (SPIE) and has received numerous awards and patents, too numerous to mention.
Gene is survived by his wife of 64 years, Helen; sons Paul (61) of Glencoe, OK; James (58) of Aptos, CA; Don (56) of Camino, CA; daughter Alison (52) of Providence, UT; and grandchildren: Daniel (27) of Aptos, CA; Ian (25) of Aptos, CA; Susan (21) of Stillwater, OK; Cailean (20) of Logan, UT; Karen (19) of Stillwater, OK; and Connor (13) of Providence, UT. Gene was preceded in death by his parents, Peter and Ena Weckler, his half-brother Barney, and his grandson, David Weckler.
Gene was a role model, not only in terms of his belief in hard work and self-sufficiency, but also as a genuinely good, sweet man, who tried to see the best in everyone and held no ill will towards anyone.
As per Gene’s wishes, there will not be a funeral or formal service; rather, Gene wanted his ashes to be scattered in an undisclosed location in the Desolation Wilderness of the Sierra Nevada mountains.

Created with love by James Weckler.