Casket Vs. Coffin: What's The Difference? | Ever Loved

Casket vs. Coffin: What's the Difference?

Many people use the terms casket and coffin interchangeably, but the words actually describe two different things. While both are containers used to bury a person who has passed away, they have one key difference: the number of sides. So what's the difference between a coffin vs casket? We'll tell you.

Looking to purchase a casket online and save hundreds?
Browse affordable and quality caskets

What is a coffin?

A coffin is a burial container with six sides that tapers at the bottom. The formal name of the shape is a tapered hexagon, meaning that two of the six sides are significantly longer than the other four. While coffins were once standard, they are not commonly used for burials today.

Coffins grew in popularity in the United States in the 1700’s and were the first burial container to become commonplace. (Previously, most people were buried in a burial shroud or winding sheet.) Coffins were intentionally designed with six sides so that the wider top of the coffin could accommodate a person’s shoulders without needing the same width at the feet. They tended to be designed in a simple fashion, focusing on function over style. 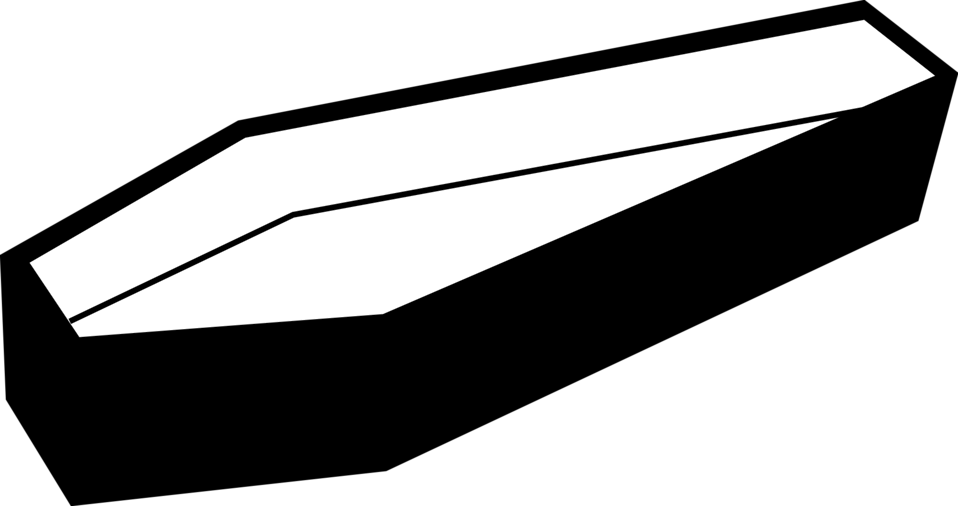 Pictured above: A drawing of a coffin, defined by it’s six sides

What is a casket?

A casket is rectangular-shaped burial container. A casket has two fewer sides than a coffin, and all are parallel to each other.

Caskets started gaining in popularity over coffins during the American Civil War. Historians suggest that number of deaths, in combination with the violence, resulted in shift toward the beautification of death. People started gravitating toward fancier caskets that were rectangular, instead of tapered at the ends, which tied the casket less to the shape of a human—creating a sort of separation from the living person. 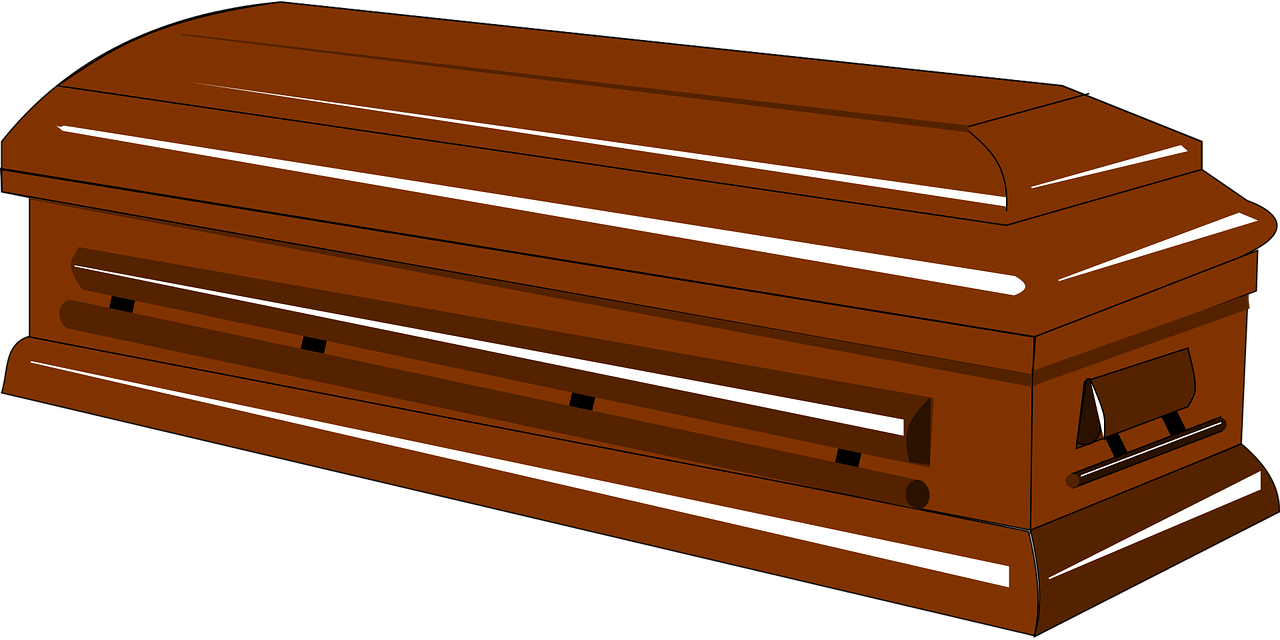 Pictured above: A drawing of a casket, defined by its four sides

How to purchase a coffin vs casket

Because of their fall from popularity, you made find it difficult to purchase a coffin today. However, there are several small online retailers that sell them, so you just need to do a little searching on Google. It’s a good idea to include the term ‘six sides’ in your search, as many online retailers list caskets under the term ‘coffin’. Most major retailers do not provide coffins, since they assume most of those searching for a coffin online really mean to purchase a casket. Coffin pricing is similar to casket pricing, usually starting around $1,200.

Purchasing a casket today is easy, and you’ll find thousands of options available to you. Your funeral home will likely have a selection for you to choose from, but you can also find a broader selection and lower prices by looking online. According to The Funeral Rule, funeral homes are required by law to accept caskets bought elsewhere, and many online retailers offer overnight shipping.

Looking to purchase a casket?
Browse affordable and quality caskets

How can I afford a casket or a coffin?

Caskets and coffins both start out at around $1,200 and are purchasable online and from funeral homes, with online purchases being much cheaper. Regardless, $1,200 is a cheaper price for a casket or coffin and will still be a massive purchase for the majority of families. Struggling to cover unexpected and large funeral costs is not an uncommon experience for those who have recently lost someone. If you need to raise emergency funeral funds, it's time to start a memorial fundraiser. A memorial fundraiser can help you raise the money you need in a short amount of time. Set up the fundraiser, share it with your friends and family, and start getting the help you need.

Get planning tips, plus funeral home and cemetery recommendations, based on your personal values.
Get free help

Embalming is the process of injecting a dead body with chemicals in order to temporarily preserve it. It is commonly used in the United States to help make a body look more lifelike before a viewing or funeral, as well as to help preserve corpses used for medical training and research. The His

How to Create Funeral Programs, Prayer Cards and Other Printed Materials

While is certainly isn’t mandatory, many people choose to create funeral programs, prayer cards, obituary pamphlets, memorial posters, guest books and other custom printed materials for the funeral or memorial service of a loved one. If you’d like to have one or more of these at a funeral you’re pla

What You Should Know About Social Security Survivor Benefits