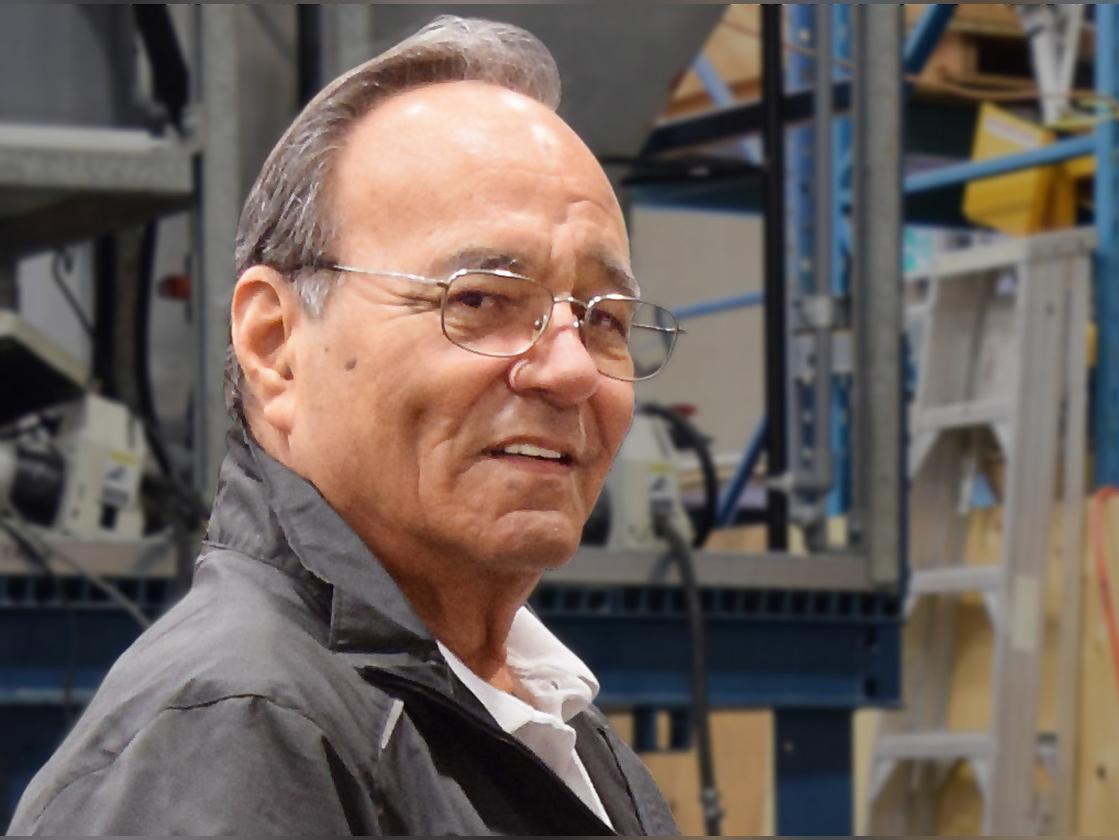 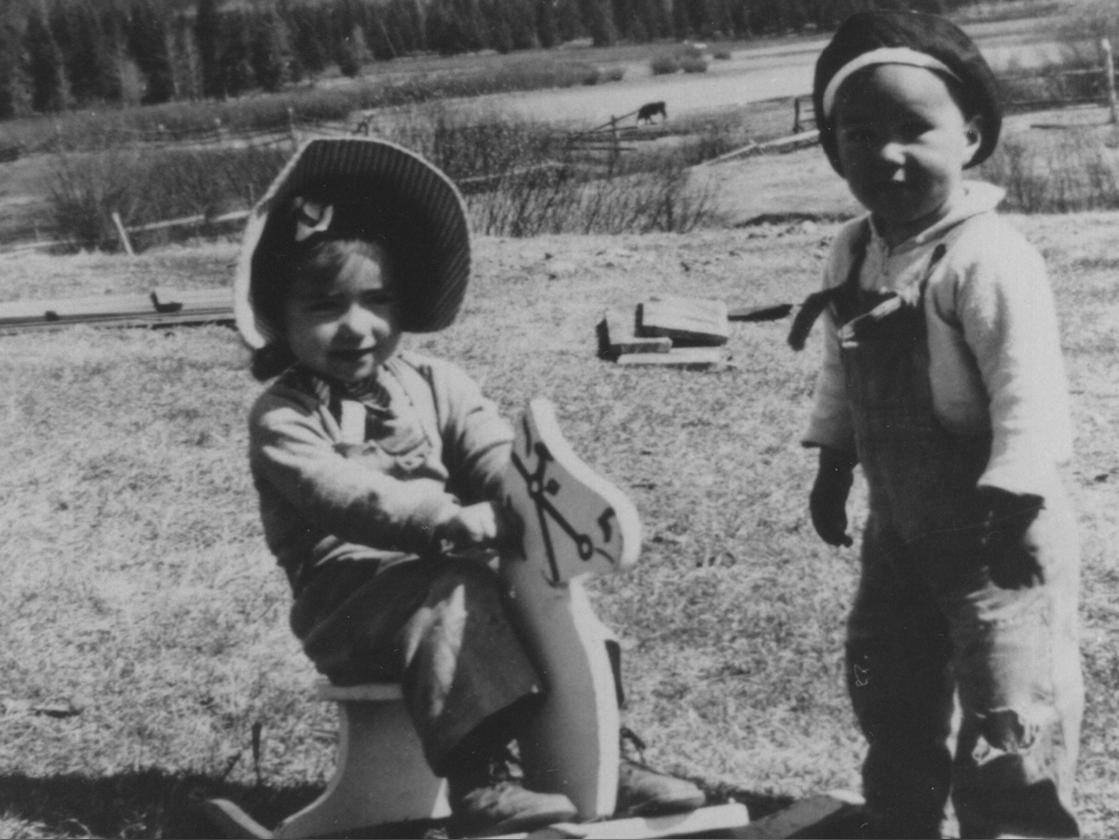 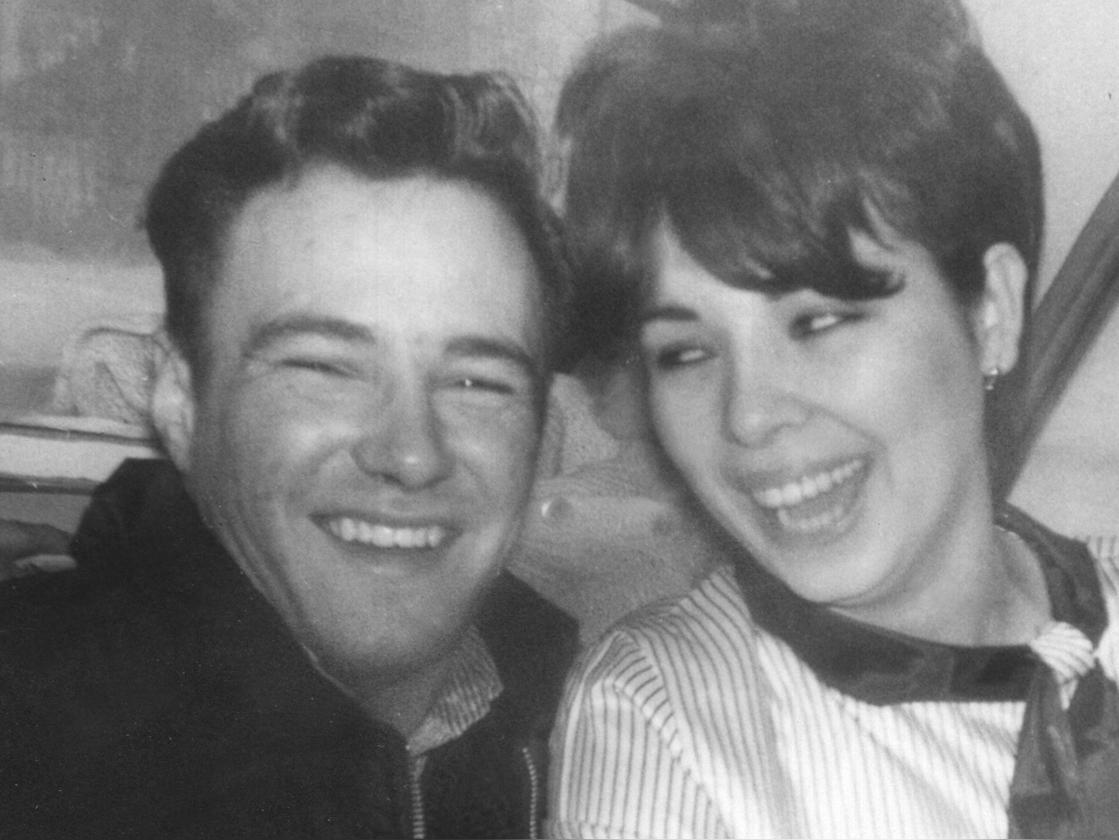 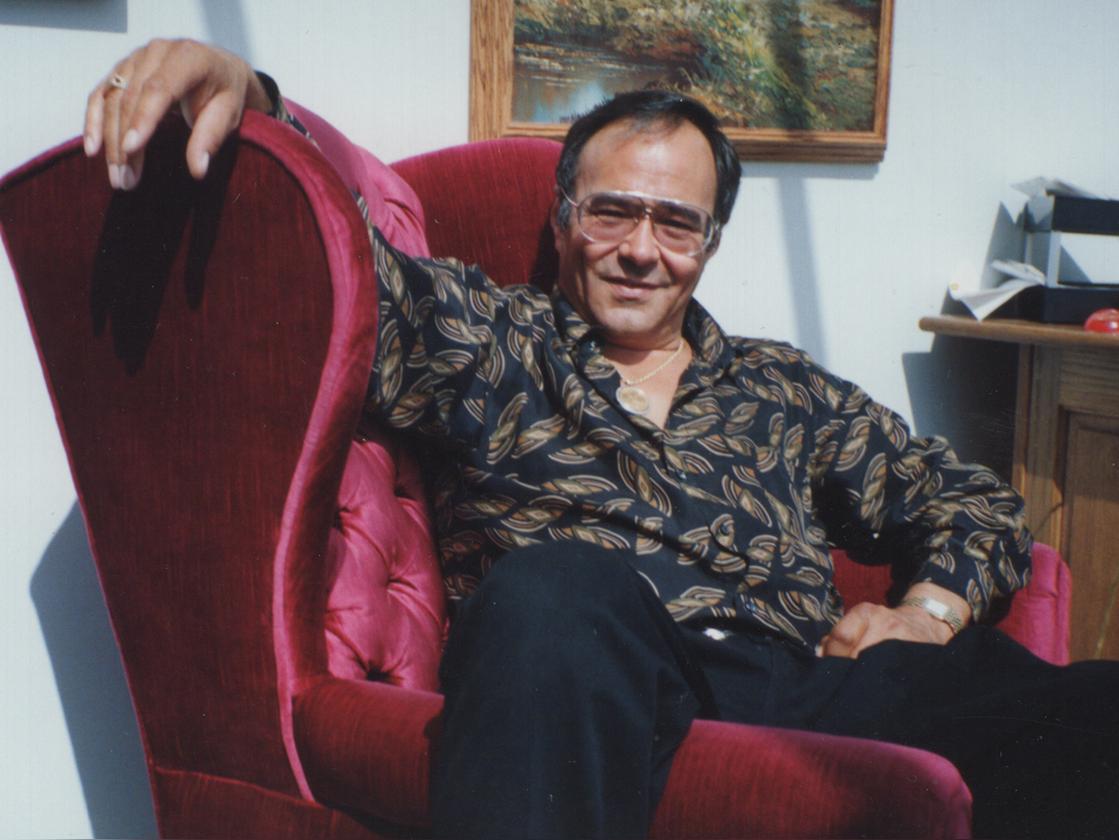 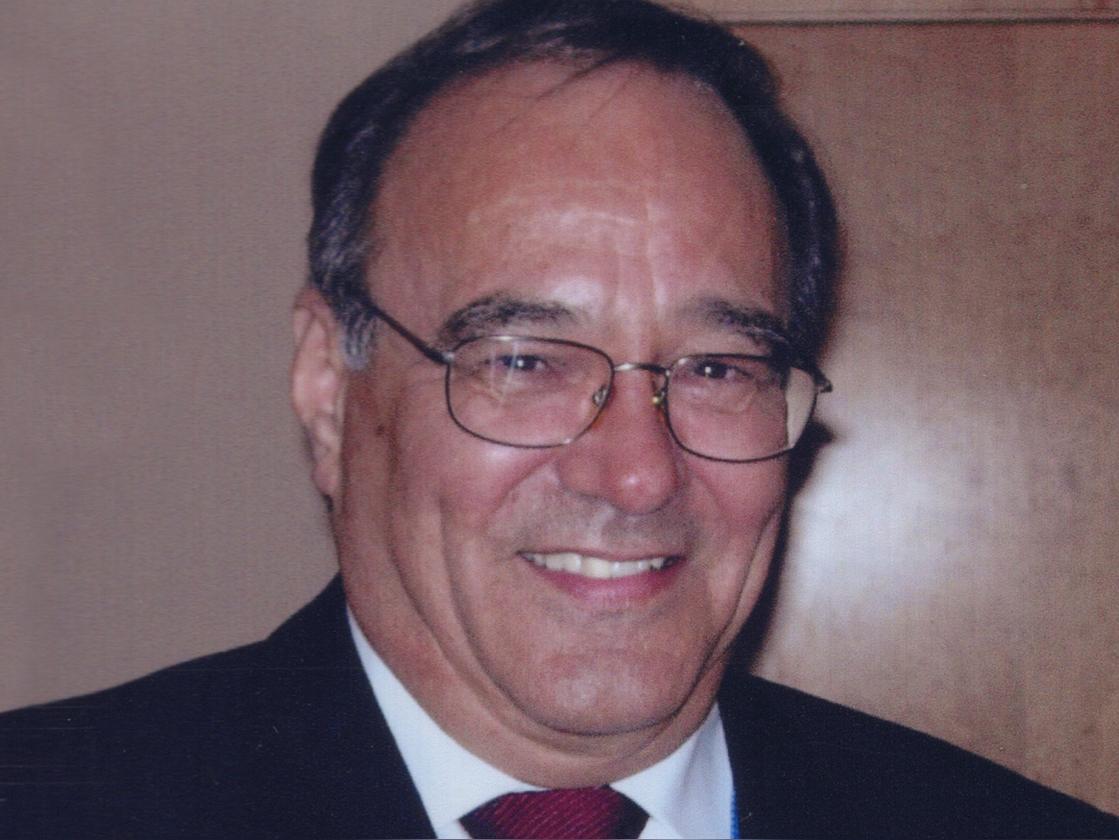 Larry Reaugh closed his eyes and quietly exited from what most would consider an interesting and uncommon life on September 21, 2022.

Born to the late Kinick and Beulah Reaugh, Larry grew up the middle child, between his older sister, Poppy and youngest brother, Robbie in Cache Creek. A go-getter from the start, Larry walked the highway with a burlap sack slung over his small, ten-year-old shoulder collecting beer bottles to sell for three cents each and later put his back into slinging hay bales on local ranches.

Unsure whether to pursue ranching or mining, Larry’s career was cemented in mining in 1962 with his first job at Bethlehem Copper as Geological Assistant and Surveyor. He spent the next seven years learning the industry from the ground up, including a one-year detour as Surveyor working the Peace River Dam in Hudson Hope, before returning to Bethlehem Copper as Safety Engineer.

Larry could always be seen wearing a black leather jacket, jeans and a slick pair of cowboy boots, a trademark look that took root from the time he was 14. Add to that, the enviable quality of being tall, dark and handsome, Larry was a natural born ladies’ man. A vigorous activity that eventually landed him in a ‘shotgun’ wedding to his expectant bride, Gerry, at the tender age of 17, resulting in his daughter, Terry. Larry’s second marriage to Joanna was lived out in Cache Creek with their son Jason. His third marriage to LeeAnne introduced Devlan and Garrett into the world.

Life was a gamble for this industrious maverick, and while Larry enjoyed spending leisure time in casinos, his biggest and most exciting bets were made on himself. In 1974, he established his first company, L&L Drilling & Explorations. He even served two separate terms as Alderman of Cache Creek during this busy time. Upon his move to Vancouver in 1980, he launched Rea Gold, which resulted in the highly successful development of the Samatosum property, his first high-grade silver producing mine. Many public companies were formed afterwards, the most notable being, Verdstone, Adanac and American Manganese.

Larry’s prolific career took him on four decades of adventurous treks into the wilds of Canada and the US and such interesting destinations as Morocco, Europe and China. Those forty years are best described as an adrenaline-fueled rollercoaster he rode with nerves of steel. No matter what the odds, Larry remained steadfast to his investors and persevered through the scariest of climbs, sudden turns and hair-raising dips. His dedication and commitment brought about many life-long friends in the industry, as well as around the world.

Larry never sought retirement. He loved his work and continued to show up at the office until it was physically impossible. There was still too much to do with his most visionary company, RecycLiCo Battery Materials, the shining jewel in his crown of accomplishments and greatest contribution to a cleaner world.

While Larry’s achievements were impressive, he will be most fondly remembered by friends and family for that ever-present, mischievous twinkle in his brown eyes. Larry took glee in delivering an often raunchy and un-PC joke whenever possible.

He was also a gifted storyteller. Plucked from the file cabinet of his life, his engaging way of telling a story was legendary. One of his funniest had to do with his mom’s Siamese cat. Not sure if it was Pepper or Charlie, but for the sake of the story, let’s say it was Charlie. Merely because that sly cat was stubborn enough to live to be a quarter of a century old.

First off, Larry was a big animal lover, but not much of a lover of Charlie. Why? Because the cat had it in for him. Or maybe Charlie took glee in delivering a good joke too, but since cats can’t talk, we’ll call this a prank.

Charlie’s first prank came during one of Larry’s hurried stops by the family homestead on his way to work. He ran inside for a minute, leaving the car running and the door open. Charlie was sitting in the front seat when Larry returned. He eyed the cat suspiciously as it stared back rather coolly, before springing out of the car. Larry peered inside, wondering what Charlie might have been up to in there. He jumped inside with a shrug, grabbed his lunchbox off the seat, stuck it on the floor between his feet and drove on down the road to pick up a co-worker.

His friend stopped short before climbing into the car, saying to Larry with an amused chuckle, “What’s this? Trying to fool me with one of those plastic piles of fake poop on the seat, are ya?” Before Larry could stop him, he watched his friend’s fingers slide through Charlie’s fresh deposit. At this point in the story, Larry would always pause with a huge grin on his face and shoulders shaking with quiet laughter as he relived the memory. And then he’d continue on about how the rest of his work day was spent catching whiffs of something foul. It wasn’t until he got home that he discovered the inside of his pant legs were smeared with Charlie’s “fake” poop.

Charlie got him good that time, and Larry wasn’t about to be taken again, so he made sure to keep the car door shut. But cats are patient creatures with all the time in the world to sit back and watch us humans, and sure enough, the day came when Larry forgot to shut the car door. When he stepped out of the house he caught a glimpse of Charlie’s devil-pointed ears through the windshield before the cat leaped away and vanished in a blur.

This time, Larry gave the car a thorough inspection, but there was nothing. That is until winter came and every time Larry turned on the heat, the car filled with a rank odor. Larry tore the car apart several times, searching for the elusive source of that smell. He came close to giving up throughout that winter, but finally thought to check one last place he’d earlier dismissed as impossible.

And there it was. A dried out, pancaked turd, compliments of Charlie. Larry always shook his head in awe with every telling of this story before saying, “That cat actually peeled the driver’s side floormat back, somehow managed to take perfect aim and then tucked the floormat back in place.”

Larry will be sorely missed by all. Family dinners will be less vibrant without his colorful, entertaining stories, but decades of fond memories will live on in his sister, Poppy and brother-in-law Ross, his brother Robbie and sister-in-law Clara, his children, Terry and son-in-law Tony, Jason, Devlan and Garrett, his grandchildren, Tyler, Boston and Maggie, his nieces, Debbie and Dana, his nephew, Justin and grand-nephew, Owen.

The family would like to extend a special heartfelt thank you to Larry’s team at the office, Teresa Piorun, Shaheem Al and Zarko Meseldzija for the love and support they showed throughout this difficult time. They were like an extended family to him.

Larry’s wishes were to have his ashes spread in the same place as his mother, father and other dearly departed family north of 70 Mile on a beautiful patch of land overlooking a winding valley.

A Celebration of Life will be held in Cache Creek in the spring or summer of 2023. Please be sure to subscribe to receive notifications of the exact date, time and place.

In the meantime, the family encourages everyone who visits Larry’s online memorial to post photos and/or their own favorite memories. 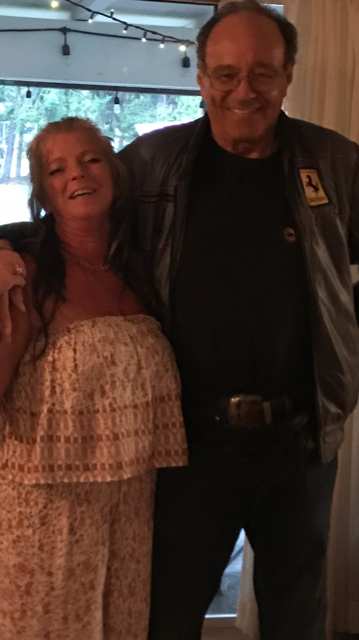 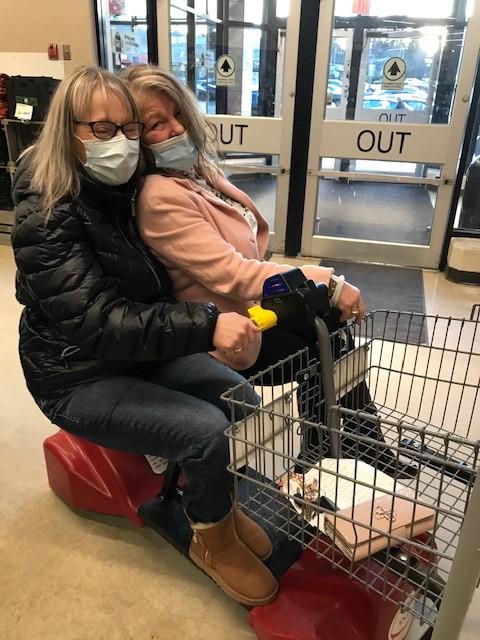 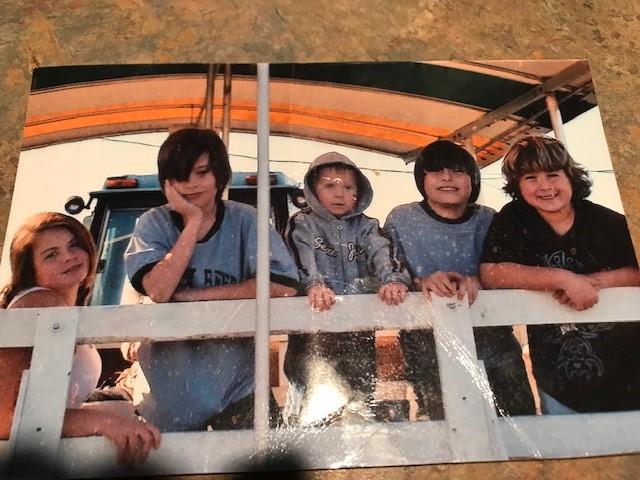 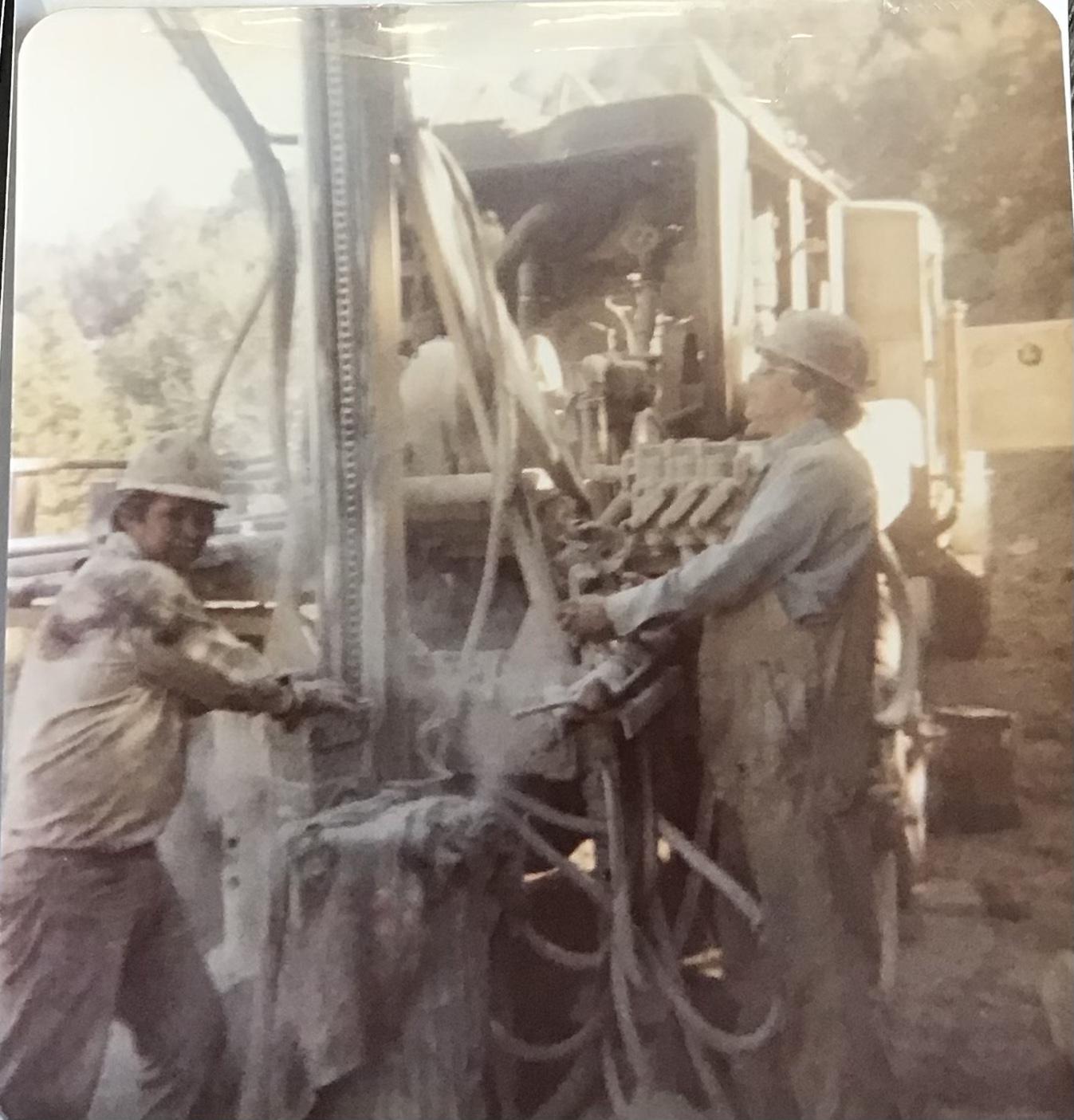 Share with others
Created with love by Terry Mitchell (Larry's daughter).