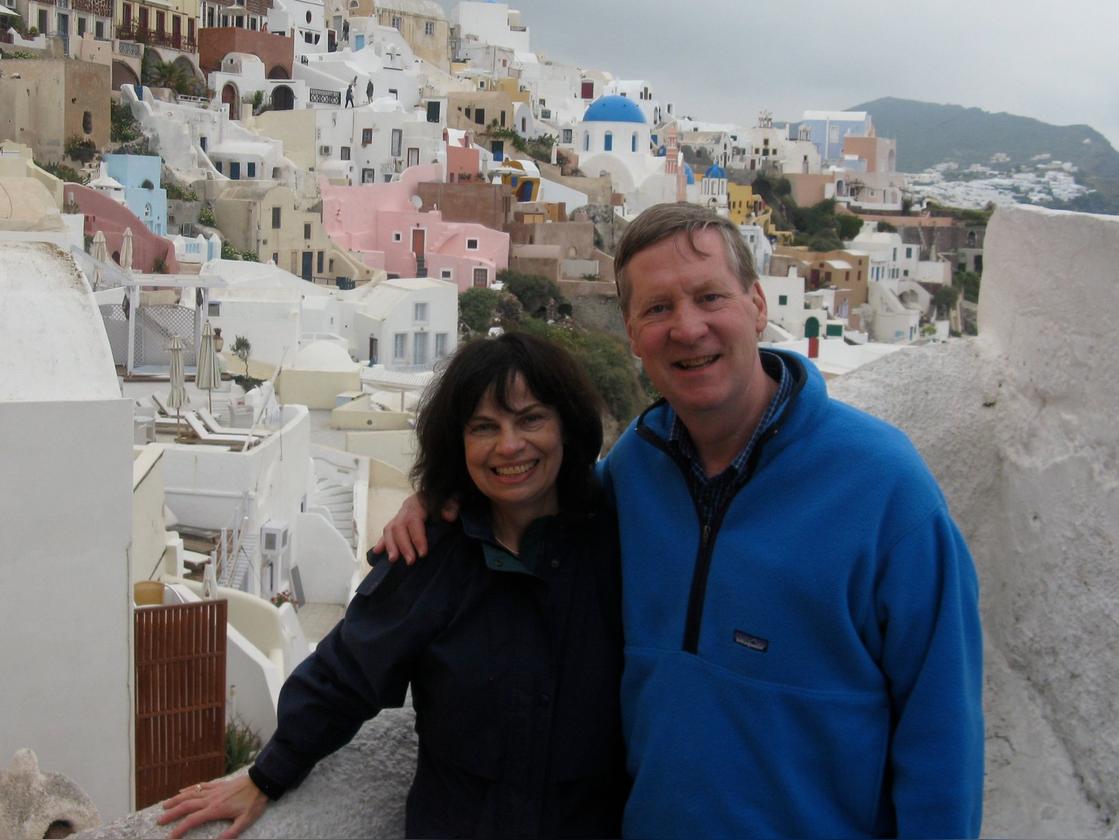 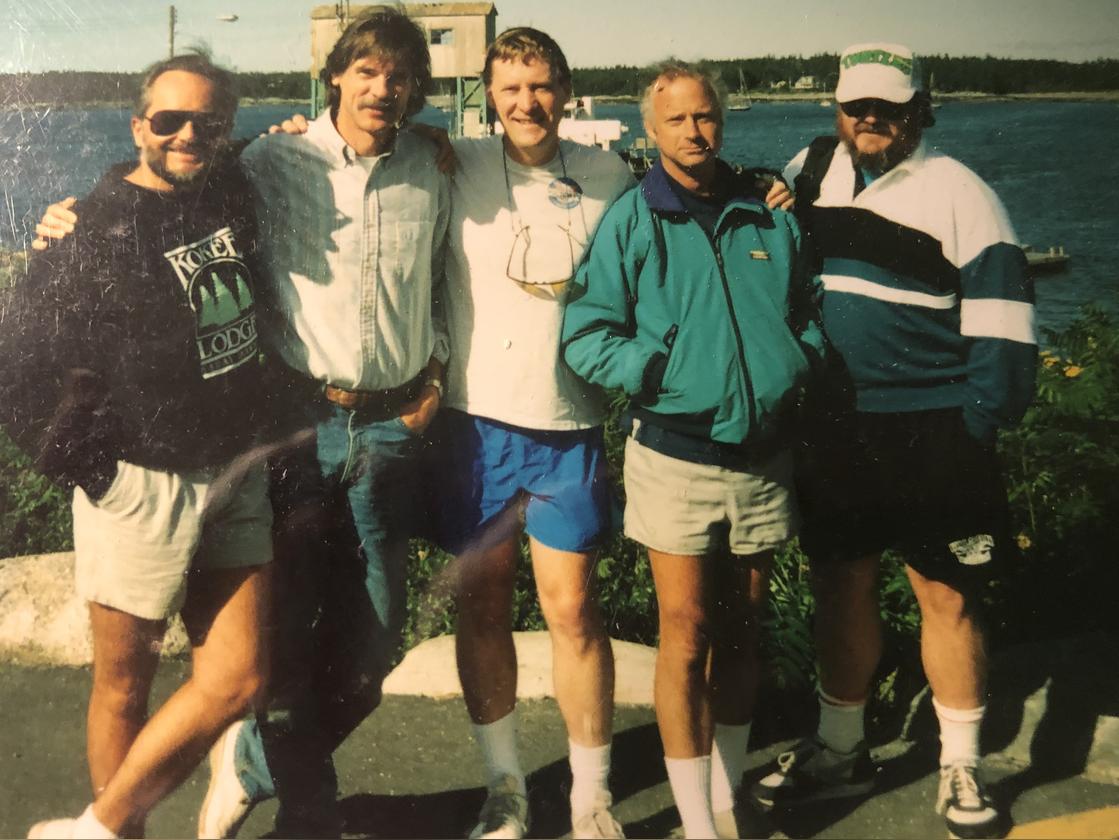 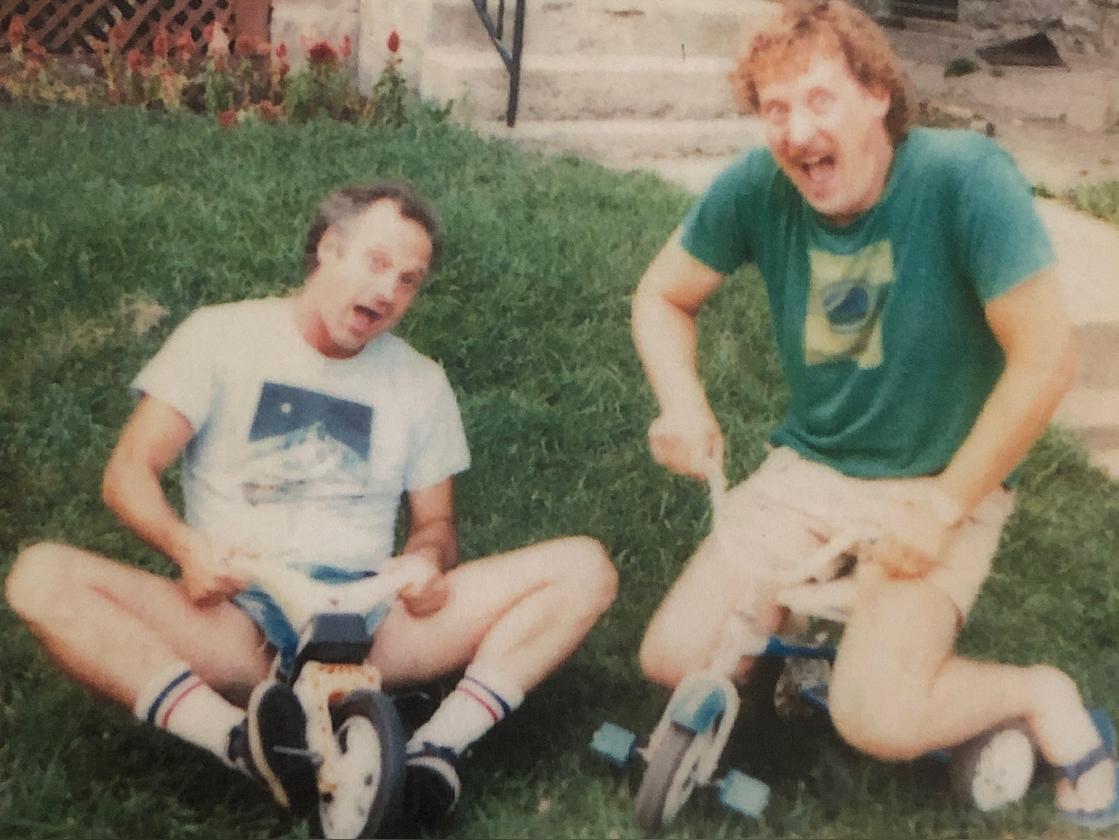 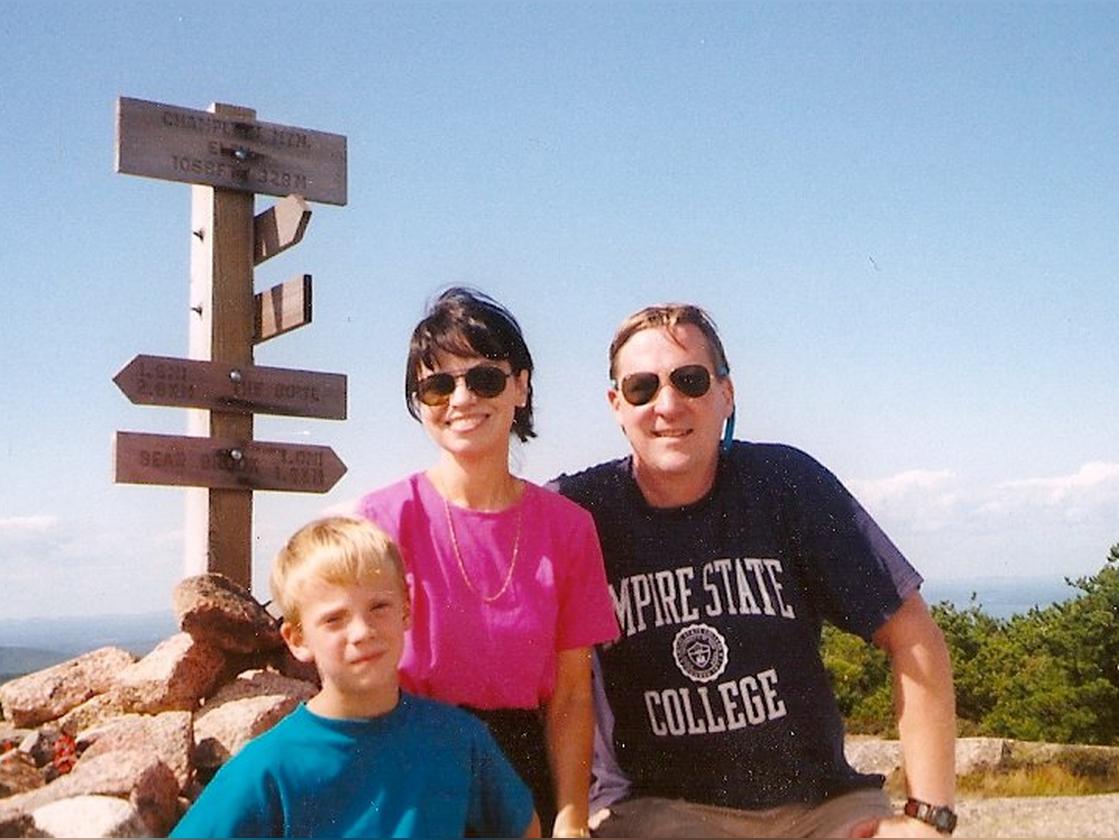 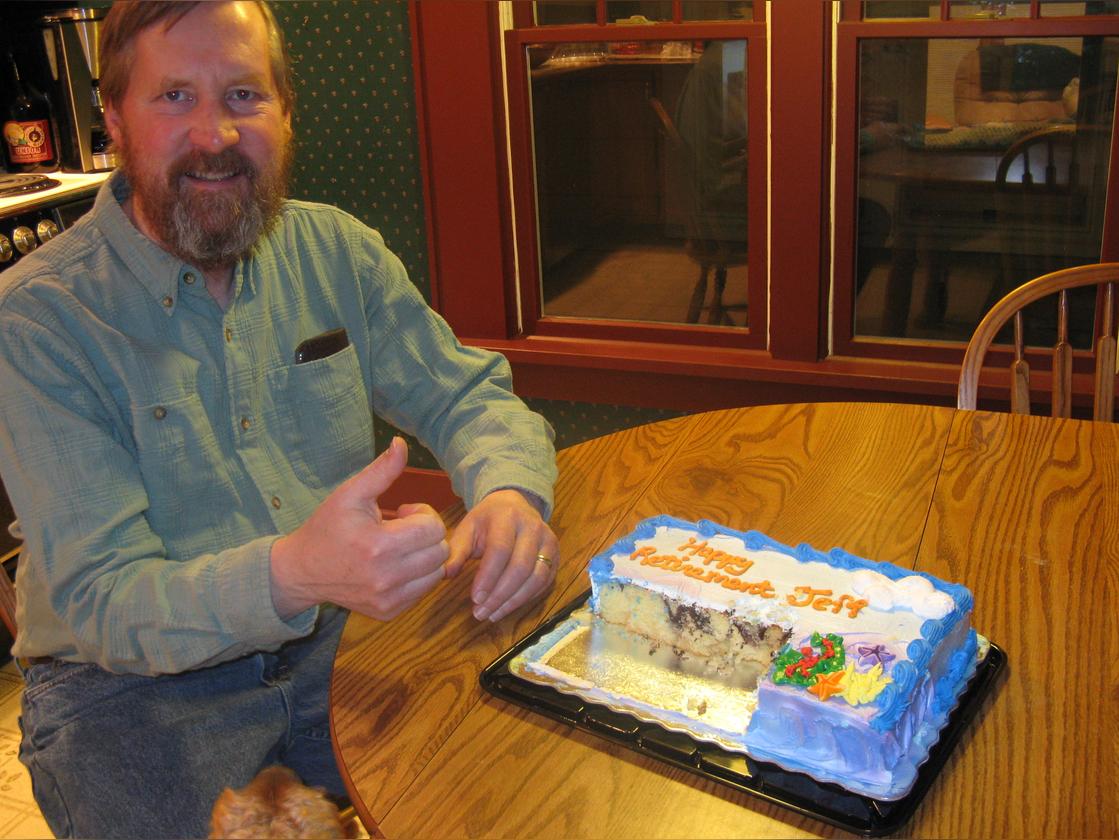 Who else knew Jeffrey?

Jeff was born in Detroit, MI on April 9, 1949, son of Victor (Vic) Guilmette and Elizabeth (Betty) Wittig Guilmette. He and his family also lived in Atlanta, GA; Evanston and Northbrook, IL and Los Altos, CA.

In 1967 Jeff graduated from Los Altos High School. During this time he learned to play the guitar and discovered his passion for music. He joined two life-long friends to form a band that played shows around the San Francisco Bay Area, including one where they opened for the Grateful Dead in 1967. Jeff and his friends performed at Jeff’s wedding and continued to informally play together whenever they gathered from opposite ends of the country for “Big Chile” get-aways every few years.

Jeff then discovered his other passion and began his teaching career as an adjunct professor. He taught at Everett Community College in Everett, WA and at community colleges near Odessa, TX, Denver, CO and Jamestown, NY. He also was a union activist during this time.

He then moved to upstate New York, teaching first at Niskayuna High School before working as a social studies teacher at Saratoga Springs High School from 1987 to 2009. Jeff subscribed to 10 music magazines and his knowledge and love of all types of music contributed to the great rapport he had with his students.

During this time Jeff also taught college-level classes on a part-time basis at New York State prisons and found this to be the most rewarding part of his career. Jeff passed on his commitment to helping the most disadvantaged to his son, Corey, who is an attorney helping people restore their civil rights after incarceration.

After college-level classes in the prison were discontinued, Jeff became a part-time adjunct professor in the political science department at Empire State College’s Center for Distance Learning, one of the first remote learning programs in the country which enrolled students from around the world.

Jeff married his wife, Joanne Phillips Guilmette in 1989. They lived in Clifton Park and then Niskayuna. Their son, Corey William, was born in 1991. Jeff was a dedicated father, always on the sideline to cheer Corey at his sports games. Filled with pride for his son, he always made sure Corey had the confidence and support to excel in school.

Jeff, Joanne, and Corey loved to travel, hike and bike together and spent many summer vacations near Acadia National Park in Maine which reminded Jeff of the California coast. As Jeff’s Parkinson’s progressed he still wanted to travel and he and Joanne toured Greece, Spain and Italy, and were joined by their son on a trip to Germany, Austria and Switzerland.

In 2016, Jeff and Joanne moved to Redmond, WA to be near their son who had moved to Seattle. Jeff’s passion for music never wavered. He loved to go to a wide variety of concerts all around the Seattle area with his wife and son.

Jeff was an inspiration to all who saw how hard he fought to stay strong as long as possible. Even when he was tired, he wanted to go to the Sammamish, WA YMCA to bike in the Peddling for Parkinson’s program he had previously participated in at the Schenectady YMCA. His bike was hooked to his wheelchair and when his feet hit the pedals he came alive. When COVID hit Jeff biked at home. Thanks to the love and support of his wife and son Jeff continued to live a full, happy life despite any challenge put before him.

In lieu of flowers contributions may be made in Jeff’s memory to the Northwest Parkinson’s Foundation at https://nwpf.org/give/. At Jeff’s request his family will have a small, private ceremony to celebrate his life this spring in the bay area. 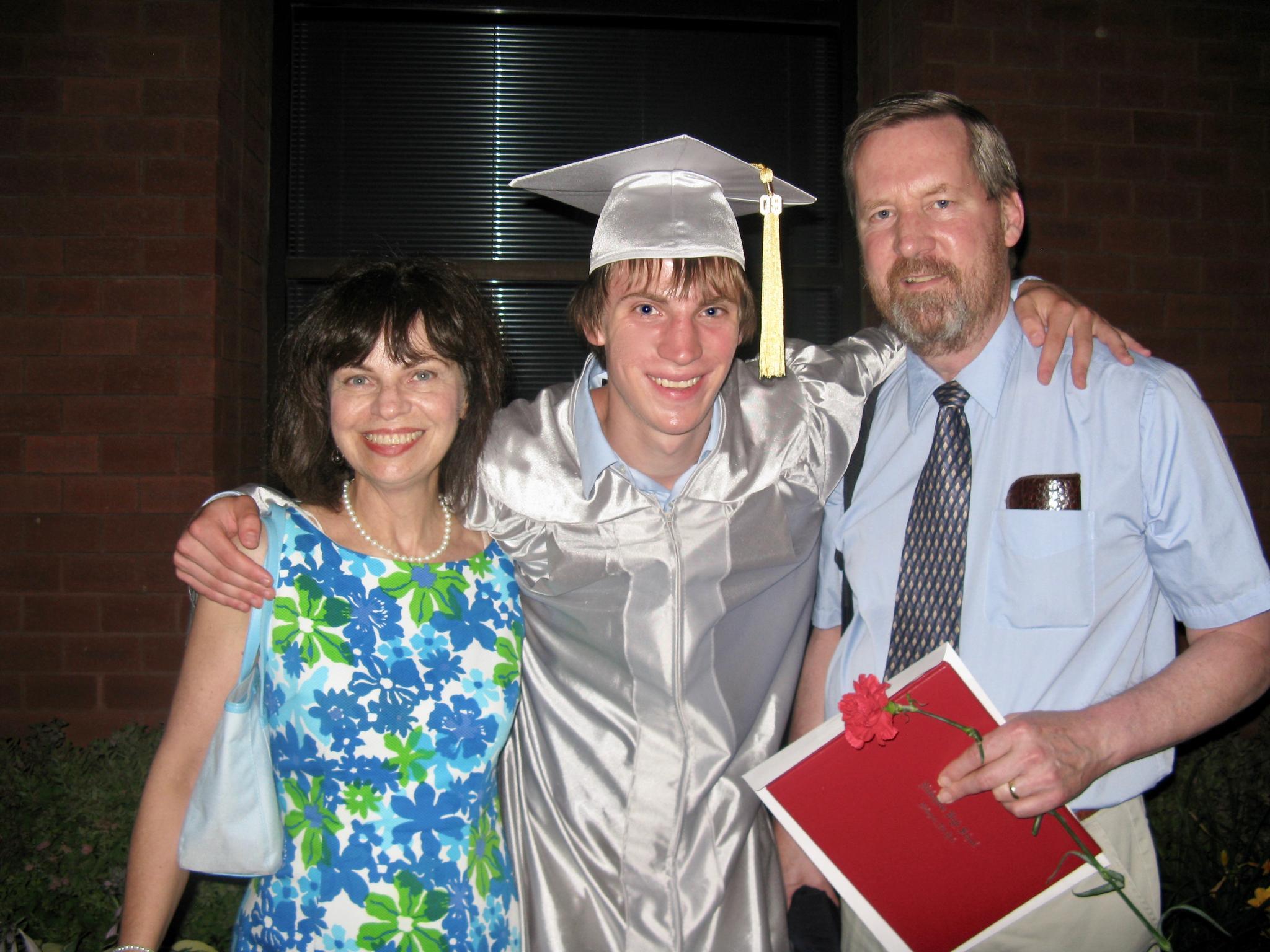 Joanne and Corey.  I think that I might speak for my fellow classmates of the LAHS 1967 group. Jeff was a good friend. …

Joanne and Corey.  I think that I might speak for my fellow classmates of the LAHS 1967 group. Jeff…

Joanne and Corey.  I think that I might speak for my fellow clas…

Joanne and Corey, I am so sorry for your loss. Jeff’s long, hard struggle is over.  We once shared the wish to be reinc…

Joanne and Corey, I am so sorry for your loss. Jeff’s long, hard struggle is over.  We once shared …

Joanne and Corey, I am so sorry for your loss. Jeff’s long, hard…