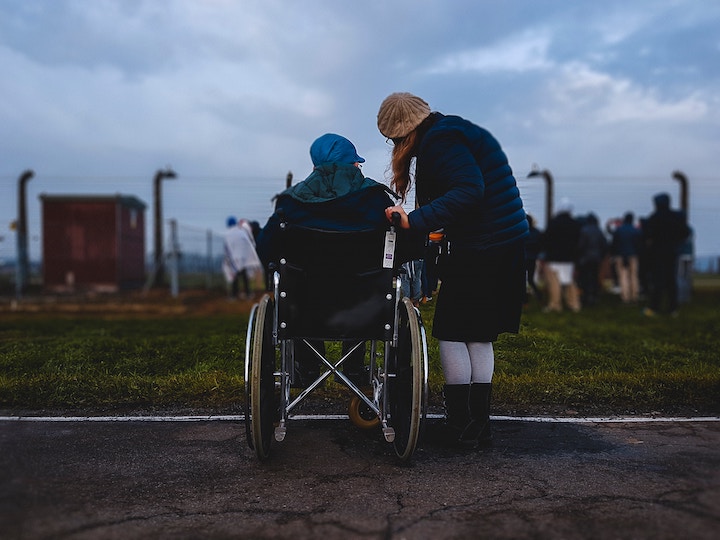 About Crossroads Hospice of Dayton, LLC

deb ritchie — When you have to make the most difficult choice, choose Crossroads. Their team of very knowledgeable nurses and trained staff are the best of the best. They are with you during it all and you could not ask for better people to surround your loved one and yourself with. You are never alone and your loved one is taken great care of. I lost my mom to cancer March 23rd of this year and the people from Crossroads made us feel we had known them for years even though it was only 3 weeks. I want to personally thank Rachael, Tiffany, Laure, Chaplin Jim, Chaplain Chad and Cassandra. You guys are the greatest! To all the others who sat with mom and I have forgotten your name you don't go unrecognized. Thank you all for everything you did for making my mom's last few week's on Earth comfortable. We couldn't have done it without any of you!
Deb and Tiffany
Reviewed on Google on May 2, 2020, 2:40 p.m.

Jackie — I did not realize Hospice was run by both for-profit and not-for-profit organizations. Nor did I realize there were so many options for choosing a company/organization to provide hospice care. Because I had never heard of one bad thing about hospice ever, I did not even think about needing to "shop around." I went with Crossroads because my mom's social worker recommended them.

They were very nice and very responsive whenever we called or if the nurses ordered a piece of equipment it would be delivered within 24 hours. Although they ordered oxygen after their initial visit then the same company returned the next day to pick it up. I thought it was odd and reported it to the nurse but didn't give it much thought until I did some more research about all the different Hospice organizations and learned there are ones who are for-profit.

In the early stages of my mom's cancer, we required little support. The nurse would visit every other week, and we'd get a visit from the Chaplain and Social Worker. They were both very nice and supportive.

But as my mom's cancer progressed--rather rapidly--I do not think they did a very good job providing comfort care or preparing the family on what to expect during the end-of-life process.

They spent three weeks pumping water pills into my mom with no relief. Then when I asked for them to conduct a procedure to drain the water they continued to avoid my request. As I became more adamant, I learned there are hospice in-patient facilities as well for the last days or short term for comfort care procedures. Crossroads has 5 beds at Grandview Hospital they contract, but they continued to make excuses why we couldn't go there and how my mom did not qualify.

Finally they agreed something other than water pills had to be used and said they would authorize the procedure but had to have a nurse physically see her prior to calling the doctor for authorization--even though a nurse visited less than 24 hrs prior and this had gone on for 3 weeks.

I was told the nurse's visit is a box checker but that was not true. She told me my mom did not qualify for in patient. Finally when I said I was taking her to ER, the nurse said she would go with me to explain to the hospital what has been going on.

We arrived at the hospital and was told they could do the procedure but would have to admit her. At that point we had to severe our agreement with hospice but could pick back up with them when she is released from the hospital. That is a whole other topic because it involves Medicare rules but standard procedure under any hospice provider.

As the hospital prepared my mom for admittance, I learned there were Ohio Hospice of Miami County in-patient beds in the hospital and if my mom met certain criteria she would be moved to the hospice unit.

She DID qualify for a hospice bed (Crossroads denied hospice bed due to non-qualification) yet easily qualified under Ohio Hospice and was moved the next morning and enrolled in Ohio Hospice.

Ohio Hospice was WONDERFUL...they explained everything and what to expect in what turned out to be my mom's last few days. I wouldn't imagine being able to compare different hospice organizations is the norm. But we did and Ohio Hospice (not-for-profit) gets 100 stars!

With that said, I am convinced decisions made by Crossroads personnel with respect to my mom's care were centered around dollar signs.

I fear Crossroads Hospice is tainting the hospice concept since not may understand how hospice actually works. I truly hope I am wrong in thinking Crossroads makes their comfort care decisions based on money, but that is the impression I got.

Based on my experience with Crossroads, I would not recommend using them. But I would highly recommend going to Ohio Hospice.
Reviewed on Google on May 17, 2019, 12:11 a.m.

ivey shepherd — Absolutely RIDICULOUS.
We had called at 1pm because my grandmother who has 3 different cancers and multiple lung diseases had a stroke last night. They kept saying oh we will come shortly had to call MULTIPLE times mind you it is now 8 pm and STILL NOTHING. Said a nurse now wouldn't be able to come until 10pm which is 9 hours later.

Had to have my family members who are all RN's come to our house to check everything with my grandma.

Jeffery Pickett — Disappointed with the fact they push and push for full blown Hospice when you’re on paliaitive care. I explained up front I didn’t like narcotics. They push and pushed and pusjed for me to take them. I never took a full days dose at anytime. Now I have two full bottles of narcotics because I will not be forced into becoming a narcotic addict. During the muses last visit I had taken benedryl, so when when the nurse got here they had problems waking me up necause then benedryl made me so tired. Afterwords she said I couldn’t be trusted and once again tried to force full Hospice. When and if I go on it I will make the call. Not them. I see how people could get addicted to opiates. However, my background in law enforcement I know better to take only when needed. Unfortunately Crossroads Hospice has lost a patient thanks to their inept accusations. I rather go withou than become addicted. All she had to Was ask to see the pills which she did on first refill. I regret having ever using Hospice since they have basically called me an addict. Lesson learned. If I ever do become become interested in Hospice again I assure you it won’t be Crossroads. Shows what happens when you are dealing with a for profit company. Shame on them for being so aggressive. I hope my complaint does not go without notice.
Reviewed on Google on March 16, 2018, 12:54 p.m.

Jimmy Johnson — These folks were absolutely incredible during my wife's losing struggle with multiple sclerosis. They gave us great support and excellent care for nearly three years! I cannot say enough good things about this wonderful group of caring people.
Reviewed on Google on Sept. 1, 2015, 5:10 p.m.

Have a question? Ask the Crossroads Hospice of Dayton, LLC team
Oops! This business doesn't have messaging set up. Please try calling.