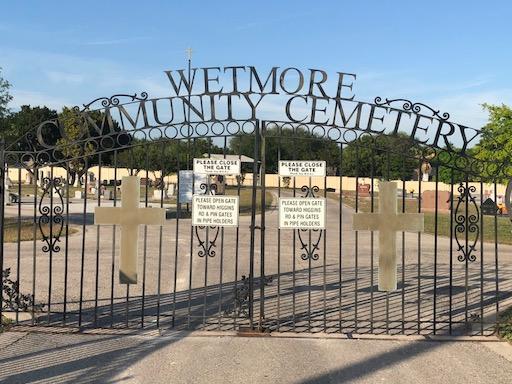 Overview from the cemetery

Wetmore Community Cemetery is a private Christian cemetery located at the corner of Stahl and Higgins Road.
---------
- The deceased body must be of Christian faith.
- The deceased body must be embalmed before burial can take place.
- A concrete liner must be in place at the time of burial.
- We need a copy of the Death Certificate.
- Headstone must be in place within one calendar year of burial.
- Headstone must be purchased from a USA monument company and made of standard quality material.
- Appointment must be made to place headstones for proper alignment and uniformity.
- One permanent vase per gravesite, unless headstone has two (2) permanent vases.
- No glass or metal containers.
- Visitation is from DAWN to DUSK. Any violation may be prosecuted to the full extent of the law.
- We do not allow double stacking of caskets.
- No lights or other articles will be allowed around gravesites for ease of mowing and to prevent after hour visitation and vandalism.
- Nothing can be added to gravesite. This includes benches, borders, trees, plants and or statues.
- Any unauthorized articles placed on or around the grave site will be removed immediately.

Is it okay to bury ashes at your cemetery if we choose cremation ? My phone number is 2108431961 – Mary V.
Wetmore Community Cemetery May 12, 2022
Yes Ma'am. We have in ground cremation available. Sorry for not seeing this sooner. We monitor the website email and take calls on (210) 862-3850. We are currently contracting a columbarium as well and hope to have it ready in July 2022. JJ

How often are flowers removed from our loved ones there? I placed some Xmas wreaths today, on three gravesites . My question is will they be able to stay there til Xmas? Or do I need to worry about them being trashed before Xmas. – Belinda R.
A community member May 12, 2022
by-laws read: These may be recognized no more than fourteen (14) days before the special occasion and all decorations must be removed within seven (7) days after the special occasion. however, we ask volunteers to wait 3 weeks after before picking anything up.

WCCI is a 501C3 and I volunteer and sell plots there. Info is being updated but Google and other sites won't allow you to provide data unless you "own" the company. How do we let folks know they can contact us? Jamie Juhl- Point of contact & Volunteer at Wetmore Community Cemetery, Incorporated (WCCI) for plot information, sales, coordination/ authorization of opening/closing for interment & headstone placement at WCCI. Jamie Juhl, WCCI Member, 210-862-3850; jamie.juhl@yahoo.com – Jamie J.
Wetmore Community Cemetery June 24, 2020

Edit Delete
Thanks to all for their understanding as we update this site.

Can I have flowers delivered on the day of the services or do you want them the day before? – Brenda H.
Wetmore Community Cemetery June 24, 2020

Edit Delete
WCCI is not a perpetual care cemetery and is volunteer operated. Florists have delivered graveside but funeral homes or families ensure flowers are placed. If you have a special occasion and are out of town, I have placed them after delivery to my home and sent photos. JJ

See the things your family will need if something happens to you. 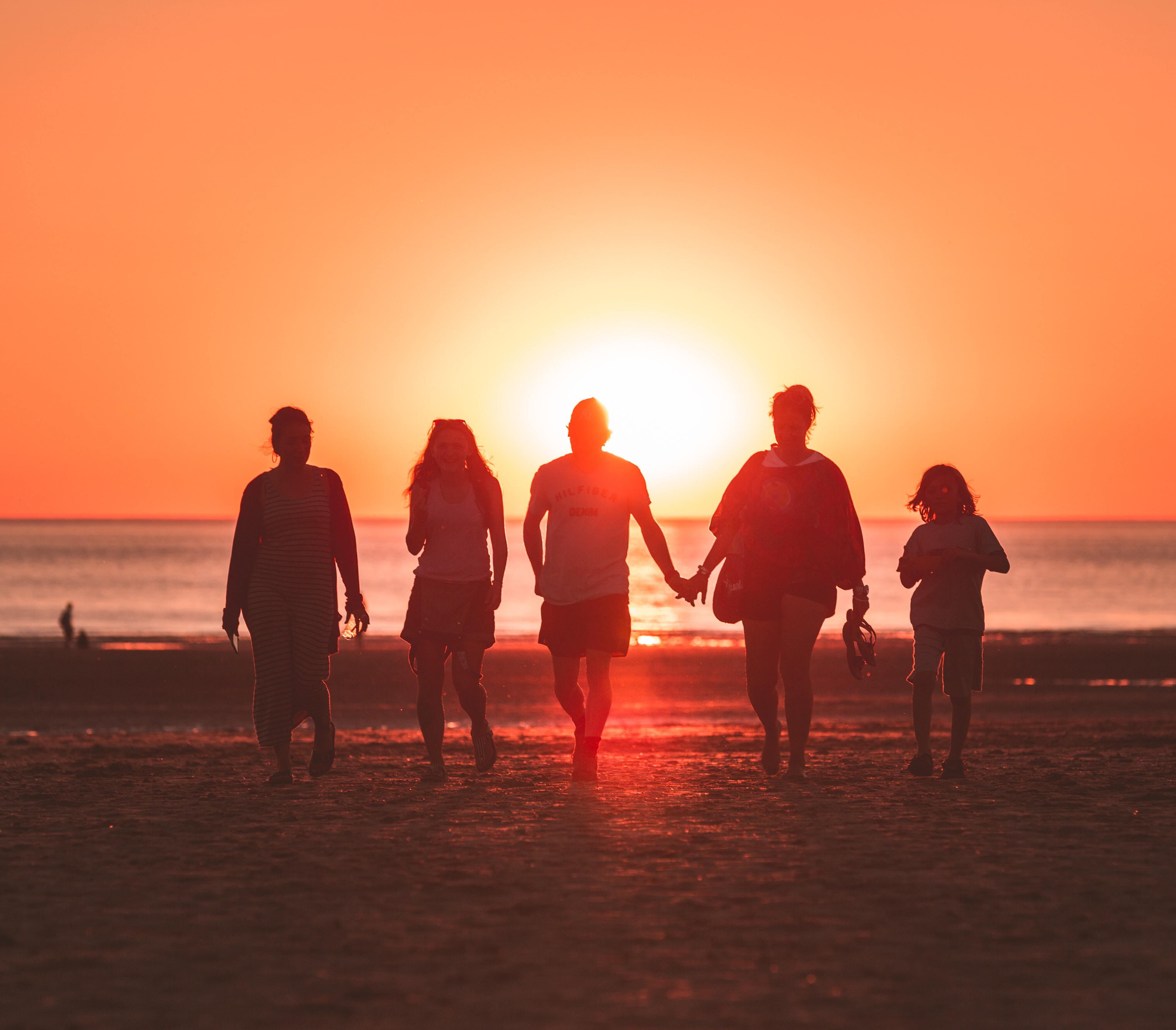 Michele Corbitt — My best friend is here. It is small and historical. Just the thing my friend loved. I really love the history of this place.
Reviewed on Google on Feb. 4, 2018, 2:14 p.m. 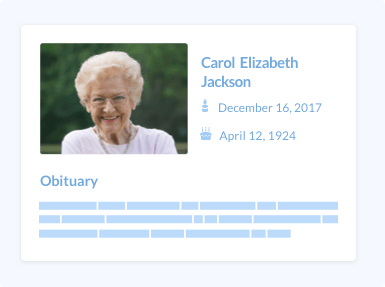 Save on caskets, urns & more

See the things your family will need if something happens to you.

Save on caskets, urns & more